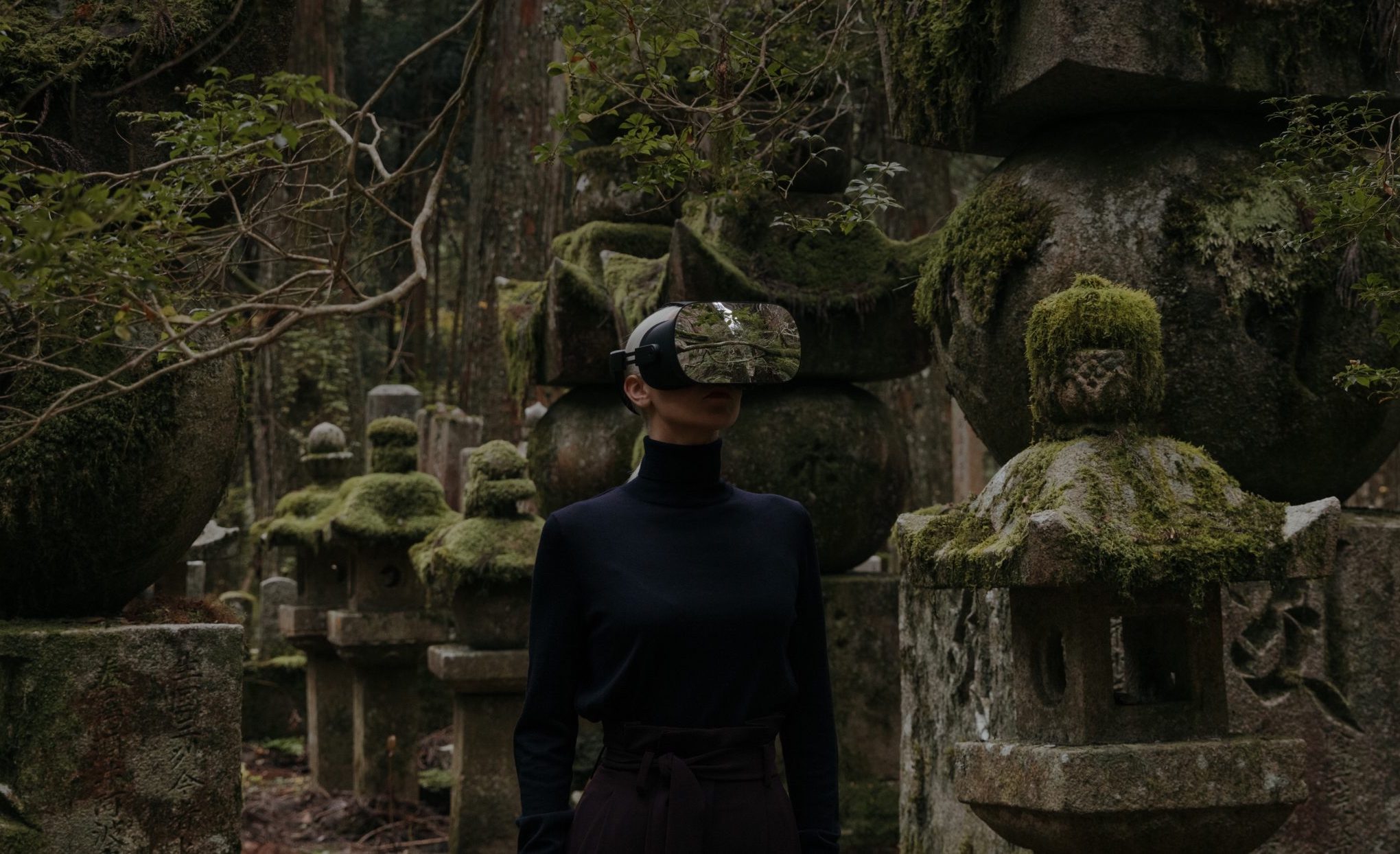 Photogrammetry for VR: Making of the Koyasan Okunoin Cemetery demo

Jani Ylinen
Photogrammetry  specialist  with  photography  and 3D  graphics  background.  A master  of  nitty-gritty  details  of  getting  the  most  out of  DSLRs.  Lover  of  all  things  Japanese, Jani is always  looking  for ways  to  improve  Varjo’s photogrammetry demos.

Juhani Karlsson
In  his previous  life, Juhani  was  a 3D  generalist and VFX  artist  for  commercials  and  film. After  working  on  real-time  graphics  at Unity Technologies, Juhani joined the Varjo team to build next-generation  VR.

Photogrammetry is a method  for  scanning  real-life objects or spaces into the 3D format with a digital camera.  In photogrammetry, you take a lot of pictures of the capture target and generate a 3D scene from the photographs.

With Varjo, exploring the finest details of buildings, construction sites or other spaces is for the first time possible in human-eye resolution VR. 20/20 resolution expands the use cases of photogrammetry VR for industrial use.

To illustrate the potential of dynamic, human-eye resolution VR photogrammetry, we at Varjo created a dynamic, Made with Unity demo of one of Japan’s holiest places, the Okunoin cemetery at Mount Koya. In this article, we explain how it was done. 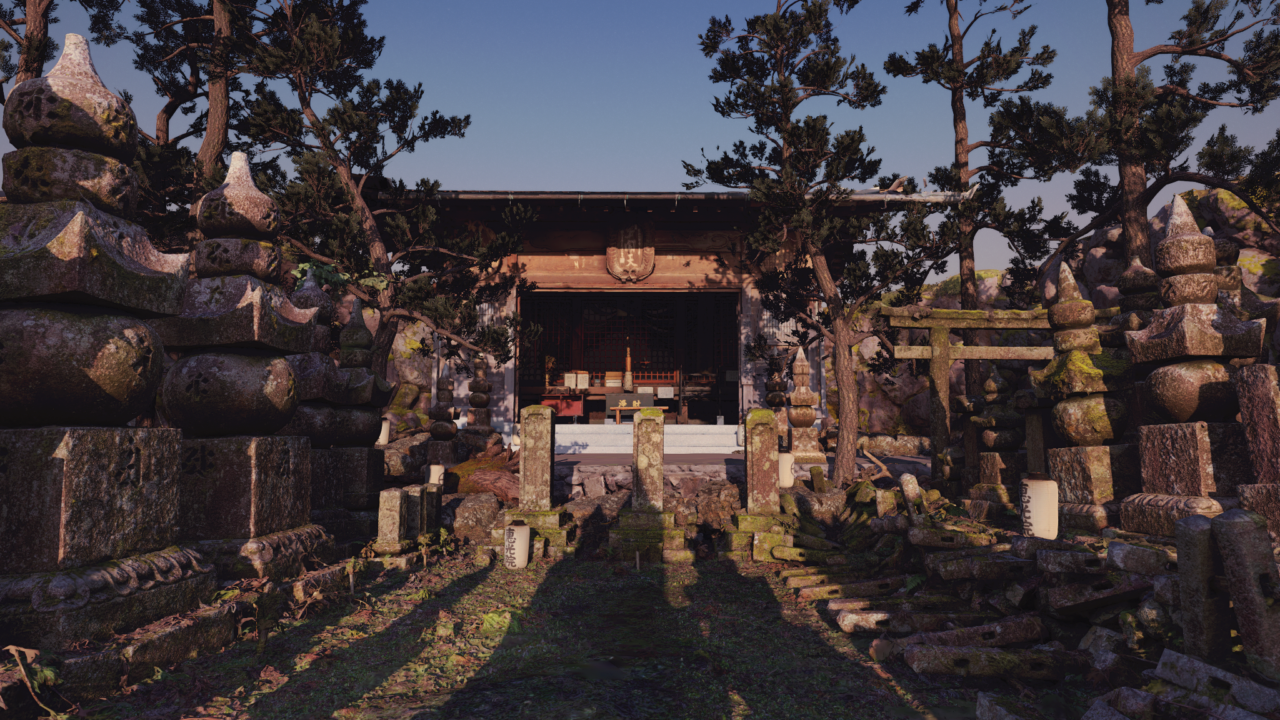 “Exploring the finest details in spaces expands the use cases of photogrammetry VR for industrial use.”

Watch the video preview of the 3D scene, made with Unity

Photogrammetry starts with choosing the proper capture location or target object. Not all places or objects are suitable for photogrammetry capture. We chose to do a capture from an old  cemetery in Mount Koya in Japan, because we wanted to do something culturally significant in addition to having lots of details to explore in the demo. Since this was an outdoor capture, the conditions were very challenging to control. But here at  Varjo  we like challenges.

The key challenges in this capture were:

1. Movement. The  Okunoin  cemetery at Koyasan is big and ancient. There were surprisingly many tourists visiting it every day, and a camera on tripod was a real people magnet. But when doing photogrammetry, the scene you’re capturing should be completely still and static without anything moving around. This can be problematic if you are capturing anything large because if the object itself is not moving, maybe the light source, the sun, is moving. If the shoot takes a few hours, the shadows may change a lot.

2. Weather.  When you do outdoor capture, it should be overcast weather. It of course cannot rain during the capture nor before the capture. Wet surfaces have a different look than dry ones, and the scene should look the same throughout the shoot.

3. Ground.  The cemetery floor in the chosen location was very difficult to capture, as it was filled with short pine branches and twigs that moved when walking around them.

When taking the photos of the photogrammetry scene, a general rule is that each picture should overlap with the neighboring picture at least 30% or more. The main goal is to take photos of  the  target from as many angles as possible and keep the images overlapping.

The area captured in Koyasan was scanned in similar fashion than if one would scan a room. For this scene, about 2,500 photographs were taken.

Photogrammetry  delivers  realistic  immersion  but often its static lighting narrows down the realistic use cases. We wanted to use dynamic lighting to simulate a realistic environment. Unity provides a great platform for constructing and rendering of highly detailed scenes, which made it easy to automate the workflow.

We  also  used  the  excellent  Delighting  tool  and  the Unity  Asset  Store  to  aid  us  fill  the  gaps  when  needed. Some  trees  and  stones  from  Unity’s  fantastic  Book Of The Dead assets  were  also  used.

While  shooting  the  site,  file  transfers were constantly  made  so  we  could  save  time  in  the  3D  construction. First, we used a software called Reality Capture to create a 3D scene of the photographs.

The  3D scene  was  exported  from Reality Capture with single 10 million polygon mesh with a set of 98 x 8k textures.

In Houdini,  the  mesh  was  run  through  Voronoi  Fracture  that  splits the  meshes  into  smaller  and  more  manageable  sized  pieces.  Different  levels  of  LODs  were  then  generated  with  shared  UVs.  This  was done  to  avoid  texture  popping  between  LOD  levels.

That  way,  the  textures  were  small  enough  for  Unity  to  chew  and  we  could  get  the Umbra  occlusion  culling  working. It was also lighter to generate UVs when the pieces were smaller.

Shader  was  created  to  bake  different  textures. Unity’s  de-lighting  tool  requires  at  least  albedo,  ambient  occlusion,  normal,  bent  normal  and position  map.  Most  frame buffers  are  straight-forward  to  bake  out of  the  box  but  bent normals  are  not  so  obvious.  Luckily  bent normals  are  basically  direction  of  missed  occlusion  rays,  and  there  is  a simple  VEX  function  called  occlusion()  that  basically  outputs  bent  normals.

We created a Python script to  automatically  run  the  textures  through  the  batch  script  provided  by  the Unity  delighting  tool.

If  the  scan  has  a  lot  of  color  variation,  the  delighting  has  trouble  estimating  the  environment  probe.  Therefore,  we  decided on  a mixed  approach  where  we  mixed  between  automatic  delighting  and  traditional image-based  lighting  shadow  removal.

A Unity  Asset Post processor  script  was  made to import  the  processed  models. It  handled  the  material  creation  and  texture  assignment.
A total of 128 of 4k  textures  were  processed,  baked  and  delighted. 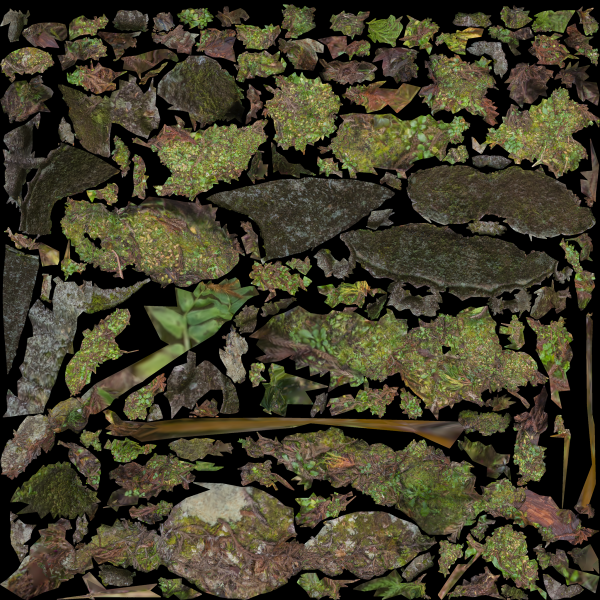 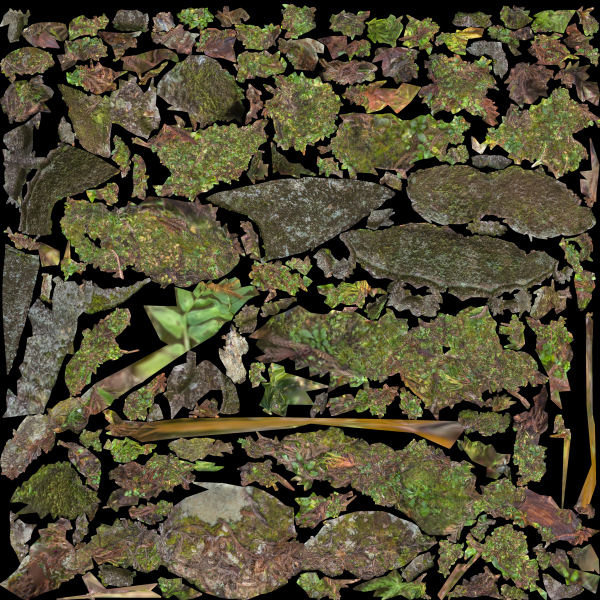 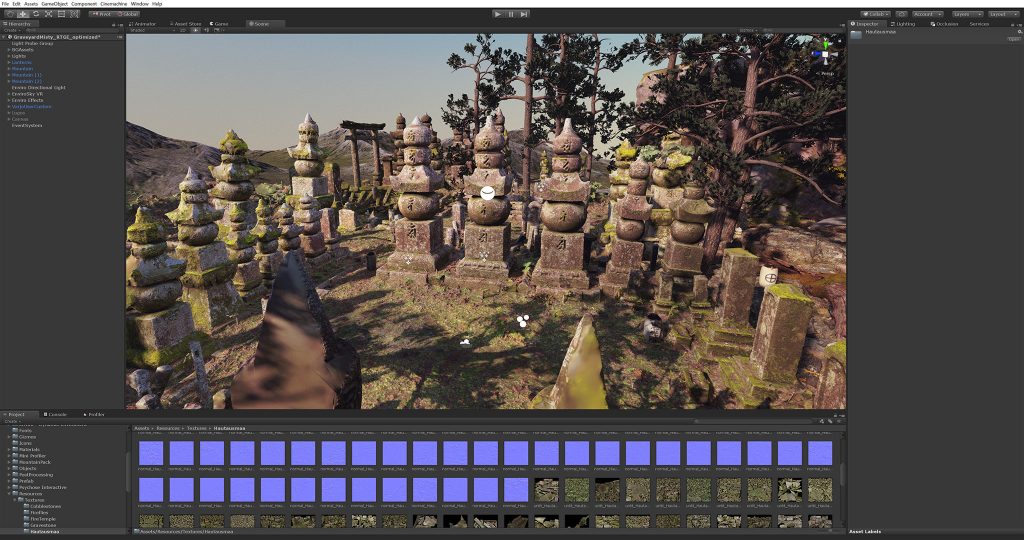 The Unity  asset  Enviro  was  used  for  the daylight-night cycle,  and  the  real- time  global  illumination  was  baked  to  the  scene.  The  generated  mesh  UVs  were  used  for  the  global  illumination  to  avoid  long  preprocessing  times.  The  settings  were  set  so  light mapper  would  do   minimal  work  on  the  UVs.  This  can  be done  by  enabling  uv  optimization  in  the  meshes  and  adjusting  settings. 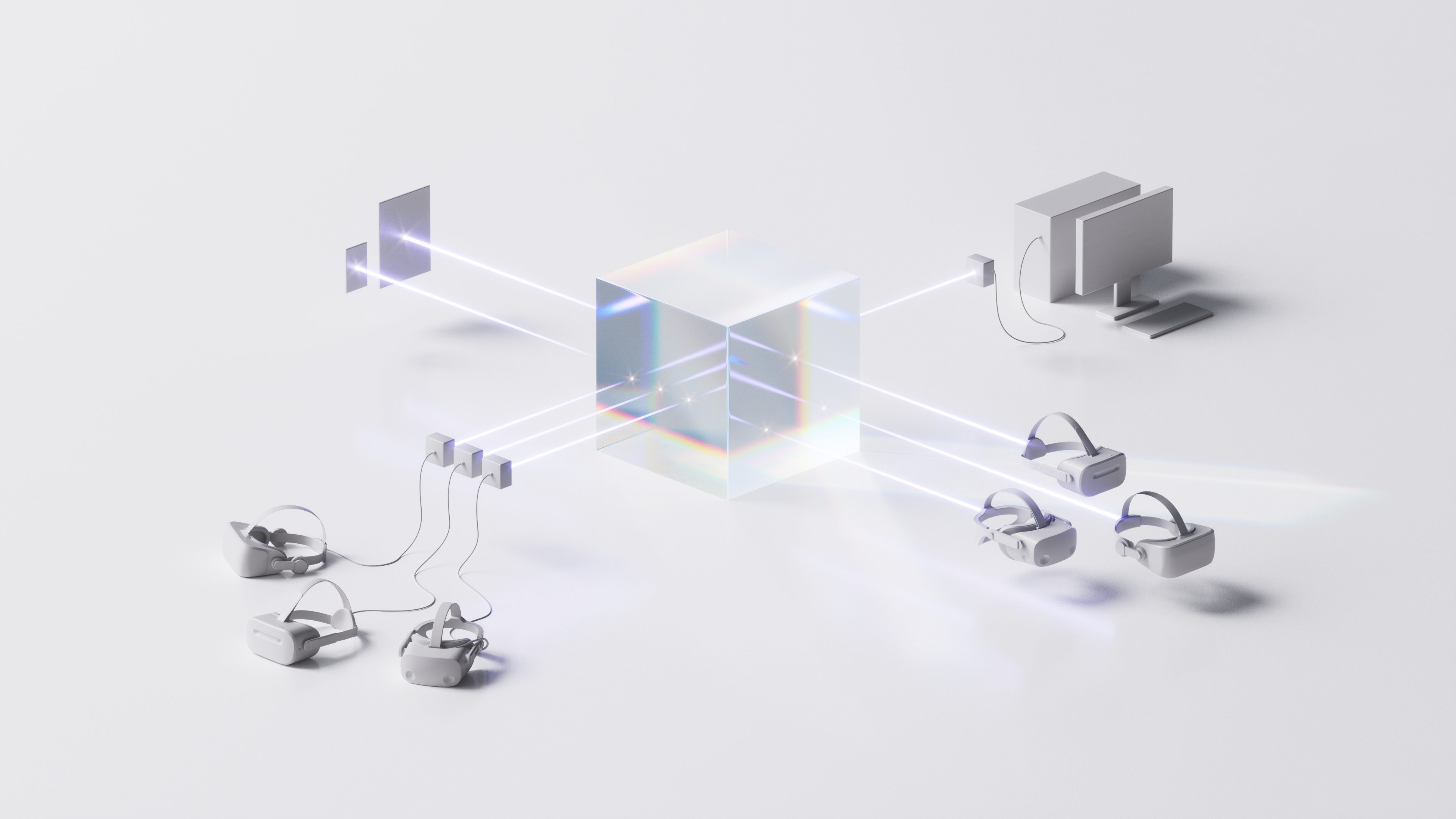 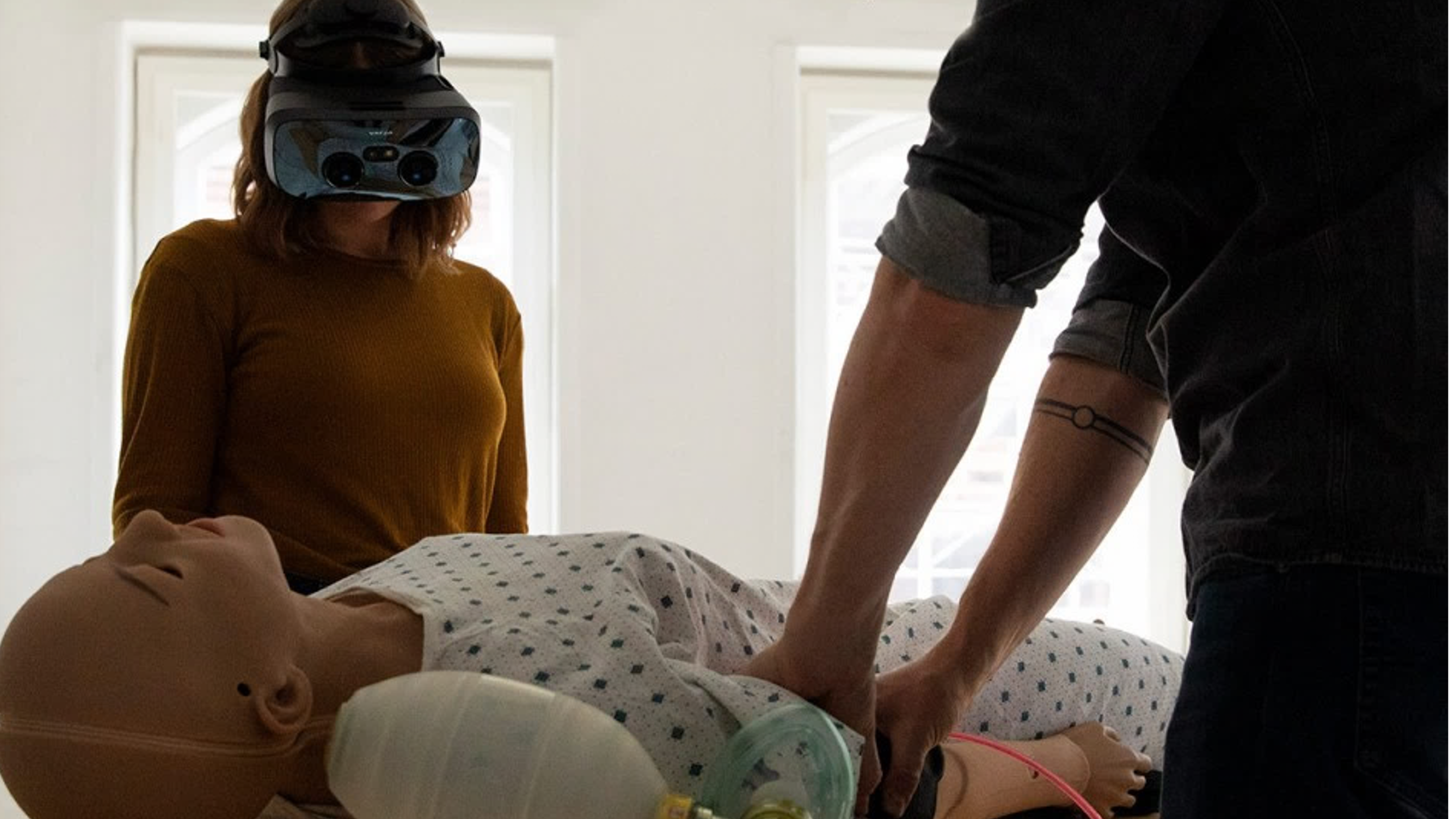 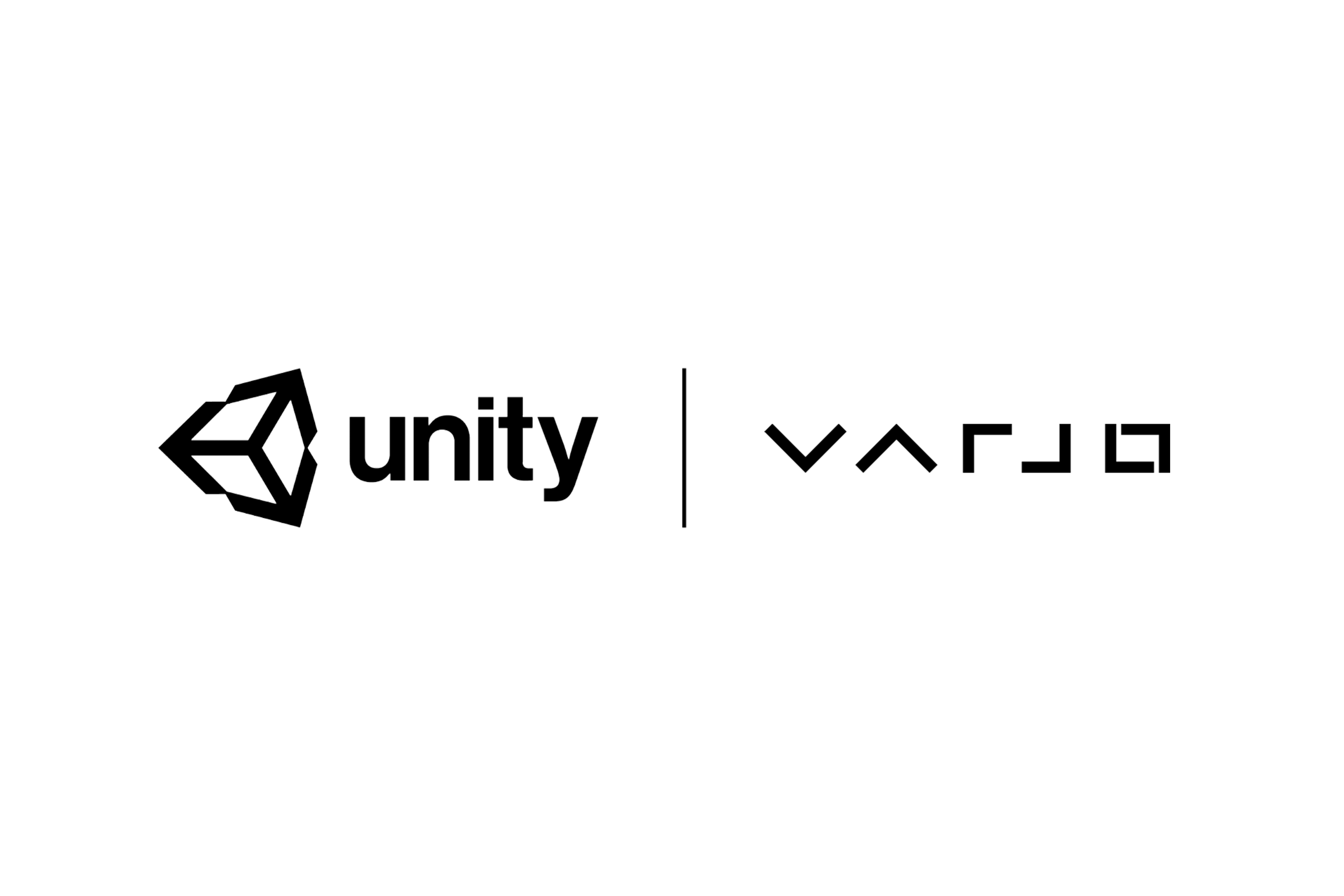