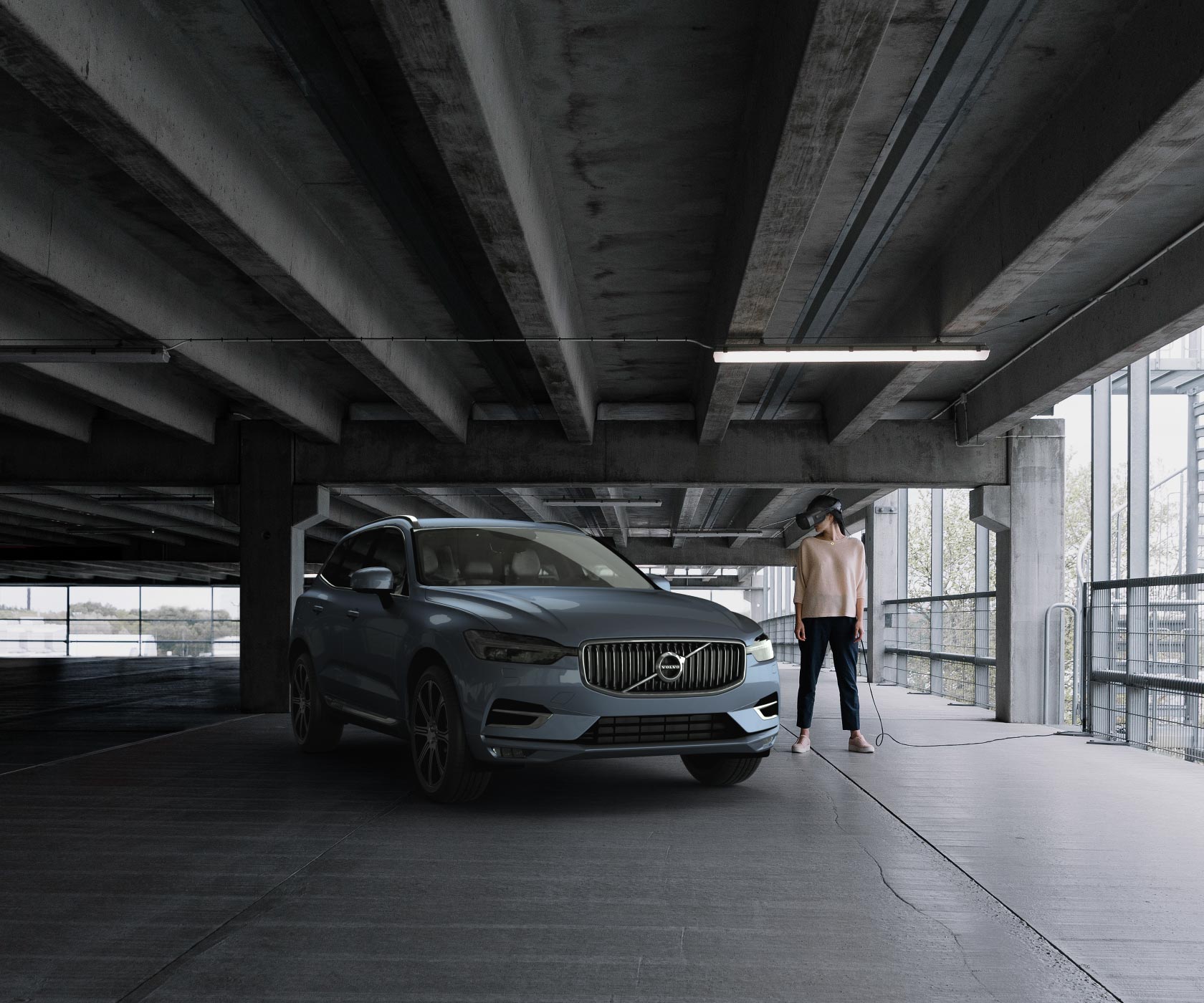 XR-1 Developer Edition is a professional mixed reality device for engineers, researchers and designers who are pioneering a new reality. With photorealistic visual fidelity, ultra-low latency and integrated eye tracking, the XR-1 seamlessly merges virtual content with the real world for the first time ever.

With XR-1 Developer Edition, professionals in engineering, design and simulation can develop and interact with virtual 3D models while collaborating with others in real life. 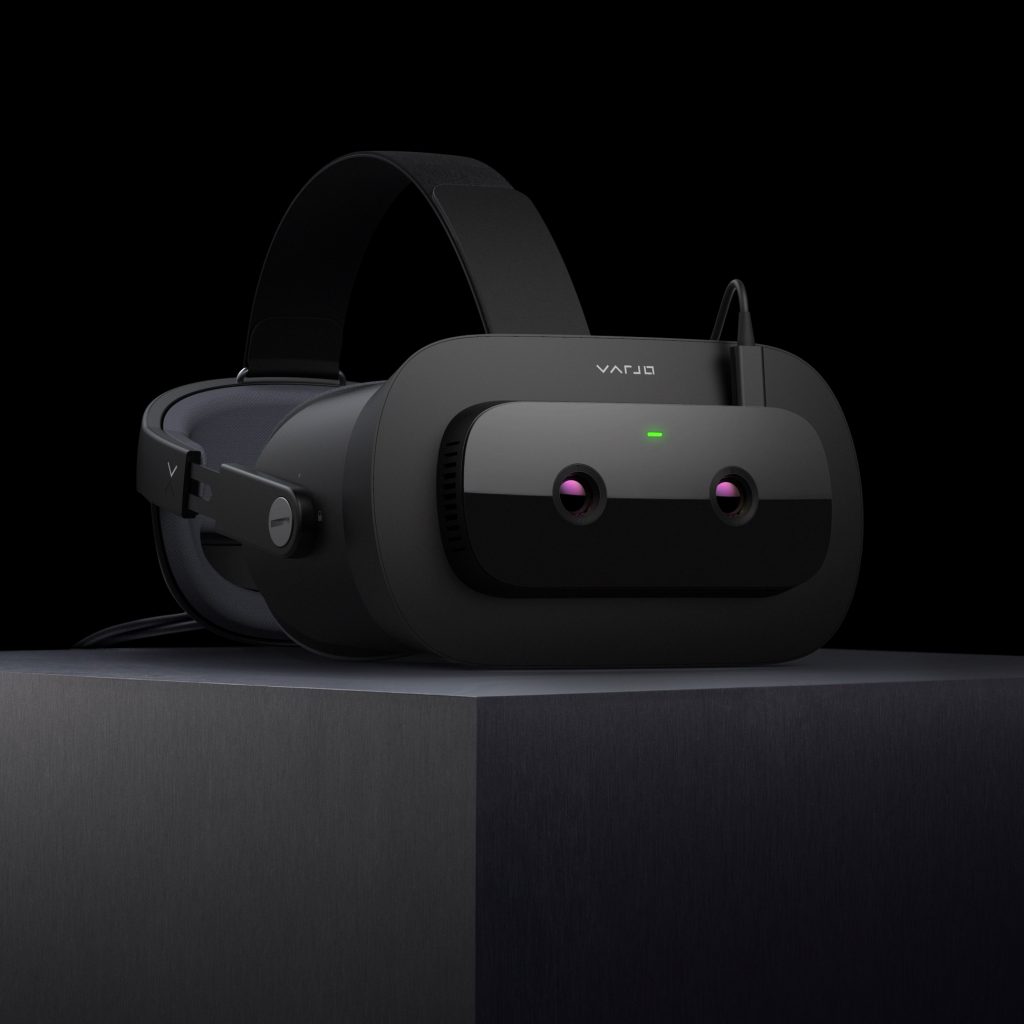 You can also switch seamlessly between mixed reality and full VR – bringing the benefits of both worlds into one device. That means you are able to test designs in different environments and manipulate your surroundings with pixel-perfect control.

XR-1 Developer Edition is powered by ultra-high definition stereo pass-through technology, which is achieved with superior cameras, sensors, optics, ISP and our Bionic Display™. It is the perfect tool for advanced R&D teams looking to push the limits of what’s possible.

Get the XR-1 Product Sheet

Seamless blending of real and virtual

Blend the real and the virtual with XR-1 Developer Edition, the only device that lets you build photorealistic mixed reality scenarios.

For the first time ever, XR-1 Developer Edition shows augmented content as it should appear – indistinguishable from the real world. What you see through the XR-1 can be controlled pixel-perfectly. You can omit, add and adjust colors, shadows, and lights, replace real objects with virtual ones, as well as blur or simplify for exactly the desired view, with no observable latency to the human eye. And you can effortlessly switch between virtual, mixed, and real scenarios as you work.

The world’s first cockpit-based XR solution by Bohemia Interactive Simulations enables the pilot and co-pilot to interact with the physical cockpit while immersed in a synthetic environment. In this video capture, you can see reality and the virtual simulation environment blending seamlessly together, while the pilot is able to see his/her hands on top of the physical cockpit. This enables never-before-seen interactions and immersion in mixed reality.

With video pass-through, nothing is see-through

This image simulates what you see when looking through Varjo XR-1 Developer Edition vs. optical see-through mixed reality devices. 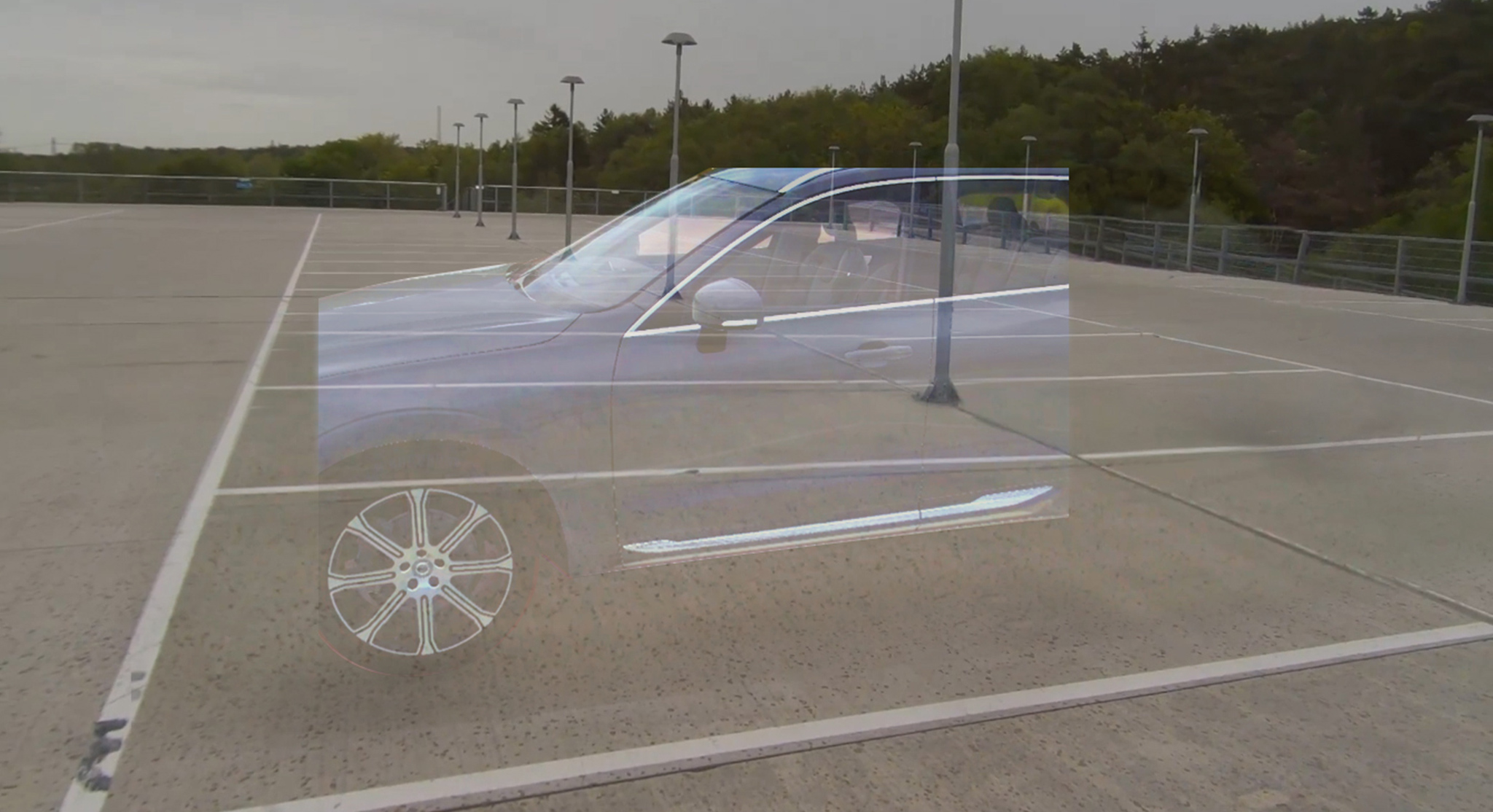 VS. AR DEVICE WITH OPTICAL SEE-THROUGH

With Varjo XR-1 (image on the left) virtual objects appear solid and photorealistic, and they can seamlessly cast shadows on reality in a full field of view. With augmented reality (AR) devices based on optical see-through (image on the right), virtual content appears holographic and can be experienced only in a narrow field of view.

Read more about the power of Varjo's video pass-through.

Hear it from our customers

Together, Volvo Cars and Varjo are literally driving the future by creating the world’s first mixed reality approach to evaluating prototypes, designs and active safety technologies. Read how Volvo Cars is already using XR-1 to build the car of the future.

XR-1’s <20 ms latency is so low that professionals can explore mixed realities just as they would experience the real world. That means you can create, discuss, collaborate and even drive a car in mixed reality in a way that feels completely real and natural.

Because XR-1’s depth sensors allow it to understand the 3D structure of the real world, developers can use it to build depth-aware applications where augmented and real objects interact seamlessly.

With our latest software update, merging synthetic and analogue realities is easier than ever. With real-time chroma keying and marker tracking, it becomes almost impossible to tell where the real world ends and virtual reality begins. Read more about the latest early access features from our blog.

XR-1 and Varjo Workspace: A new way to use computers

Varjo Workspace is a new dimensional interface that bridges the 2D user experience of current computers and the new 3D world made possible by Varjo’s XR-1 Developer Edition. For the first time ever, designers, engineers, researchers and other professionals can work and create in a customizable and immersive VR/AR/XR space.

Instead of having to switch devices as you work with 2D and 3D applications like Microsoft Windows or Unity, in Workspace you can see 3D designs and applications come to life around you in real time. You can take your desktop with you into the virtual world. Varjo Workspace ships as part of the software for XR-1 Developer Edition.

Develop for XR-1 with the tools you use.

For developing your own mixed reality applications, we offer a native SDK and plugins for Unity and Unreal Engine. If you have an existing project built with Unity or Unreal, it easy to port it to run on XR-1. We are also committed to support OpenXR standard.

Varjo Base is the companion software needed to run and manage the Varjo headset on your workstation. Varjo Base allows you to get things done more efficiently, with powerful features in key areas like first-time guidance, managing the user experience, presenting to others, running diagnostics and utilizing eye tracking, and developing for the headset. We are continuously introducing new features and improvements into our software based on customer feedback.

Can I buy XR-1 Developer Edition without R&D capability?

XR-1 Developer Edition is a development tool made for people who want to build state-of-the-art XR experiences in photorealistic visual quality. When using XR-1 Developer Edition, your organization will strongly benefit from having existing knowledge of VR and MR, ideally from an in-house VR/XR lab or an external partner used to develop immersive experiences.

Please note that Varjo products are only for business use, and purchasing requires a valid company tax registration number.

Does XR-1 Developer Edition understand the world around it? How about occlusion?

XR-1 Developer Edition has an active IR-system that makes it aware of its surroundings, so the device is able to understand how far away objects are from the headset. This enables your virtual objects to realistically interact with and co-exist in the real world.

One example of this is real-time occlusion, meaning that virtual objects can be hidden or “occluded” by real objects – such as hands or your desk – that are closer to the headset than your virtual objects. In addition to realistic interaction, seeing your real body in a VR application for the first time also adds a powerful sense of presence.

We are continuously improving our depth estimation software for higher-quality results. In the future, depth maps will become available for developers as data streams via our API.

Not at the moment, but with the depth map generated by the advanced depth sensor system in XR-1, there is a solid platform for generating reliable hand tracking and gesture recognition in the future.

How does the eye tracking work in XR-1 Developer Edition?

Our built-in 20/20 Eye Tracker tracks users’ eye movements in 100 Hz with sub-degree accuracy (the equivalent of being able to clearly see your fingernail from the distance of an arm’s length). This means that for the first time ever, you can track users’ eye movements with high precision and accuracy as they see and interact with the real world enhanced with virtual, photorealistic content. This has tremendous value for researchers, training and simulation professionals, as well as 3D designers.

XR-1 Developer Edition has automatic IPD adjustment and it’s been designed to work just as well for users who wear glasses.

What is the resolution in XR-1?

The visual quality of the mixed reality is ultra-high definition – 4.6k to be exact – and, in comparison to existing products on the market, XR-1 runs at around 35 x the resolution, and each individual pixel is of a much higher quality.

While XR-1 Developer Edition can be used in full VR mode in human-eye resolution, the image quality in mixed reality mode is optimized with video pass-through and eye tracking. The camera specs are 2 x 12 megapixels at 90 Hz, fixed focus, 1/3” sensor size with 1.55 μ pixel size on a 94-degree circular viewing angle. Our imaging pipeline has 4 streams (2 per eye): 1008 x 1008 downscaled from the full 12 Mpx and foveated 834 x 520 full resolution crop.

How are you optimizing the video pass-through resolution?

With video pass-through mixed reality, both the visual quality and the bandwidth are optimized. We do that by sampling two video streams with different resolution from each camera and use eye tracking to determine which area of the sensor should be sampled in high resolution. So whatever the user is looking at will always be seen at the highest possible resolution.

The surrounding areas are sampled in lower resolution to ensure that transfer speed can be handled by modern computers, at below 10Gb/s. To put this into context, the human eye sends peripheral images to the brain at a mere 10 Mb/s.

Like our VR headsets, XR-1 can also be used in human-eye resolution in full VR mode.

Which tracking systems are supported?

What is the latency?

An incredible amount of work has been put to minimizing the latency between the camera and the display, which is now set at <20 ms photon-to-photon. This is undetectable in normal interaction situations, and universally deemed as good enough to not create any false sensations.

What do you need to set up the XR-1 Developer Edition?

You need a Windows 10 PC or a powerful laptop with native Thunderbolt. We recommend choosing a model from this list of computers  known to work with XR-1 Developer Edition. To establish tracking for the headset, you’ll need 2–4 SteamVR base stations. A well-lit room is recommended.

Read more from our user guide Getting started with XR-1 Developer Edition.

An active IR sensor system consisting of 2 wide-angle cameras and LEDs. The depth system is synchronized with video-pass-through to provide low latency and a robust depth map.

Compatible with Steam VR™ and ART™

Headphones with a 3.5mm audio jack are compatible with the Varjo XR-1.

Only  certain  Windows 10  desktop  computers  and laptops  are capable of supporting  XR-1  Developer Edition,  especially when operating with certain motherboards.  Additionally, your computer will have to have native Thunderbolt.

We are maintaining a  list of computers  known to work with the XR-1.  It is strongly recommended that you use one of the recommended models.

* Please note that AMD GPUs are not currently supported by the Varjo headsets.

** Important: take note of the requirements regarding connectivity ports – use of adapters is not recommended due to known compatibility issues.

What’s in the box 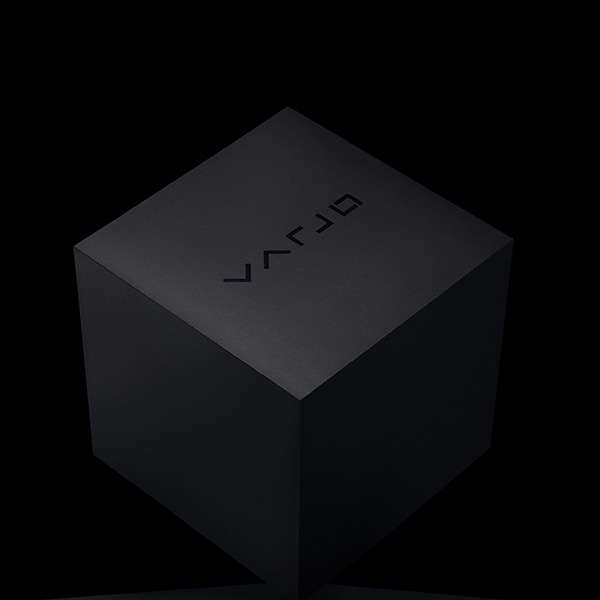 Get the XR-1 Developer Edition product spec sheet directly in your inbox. 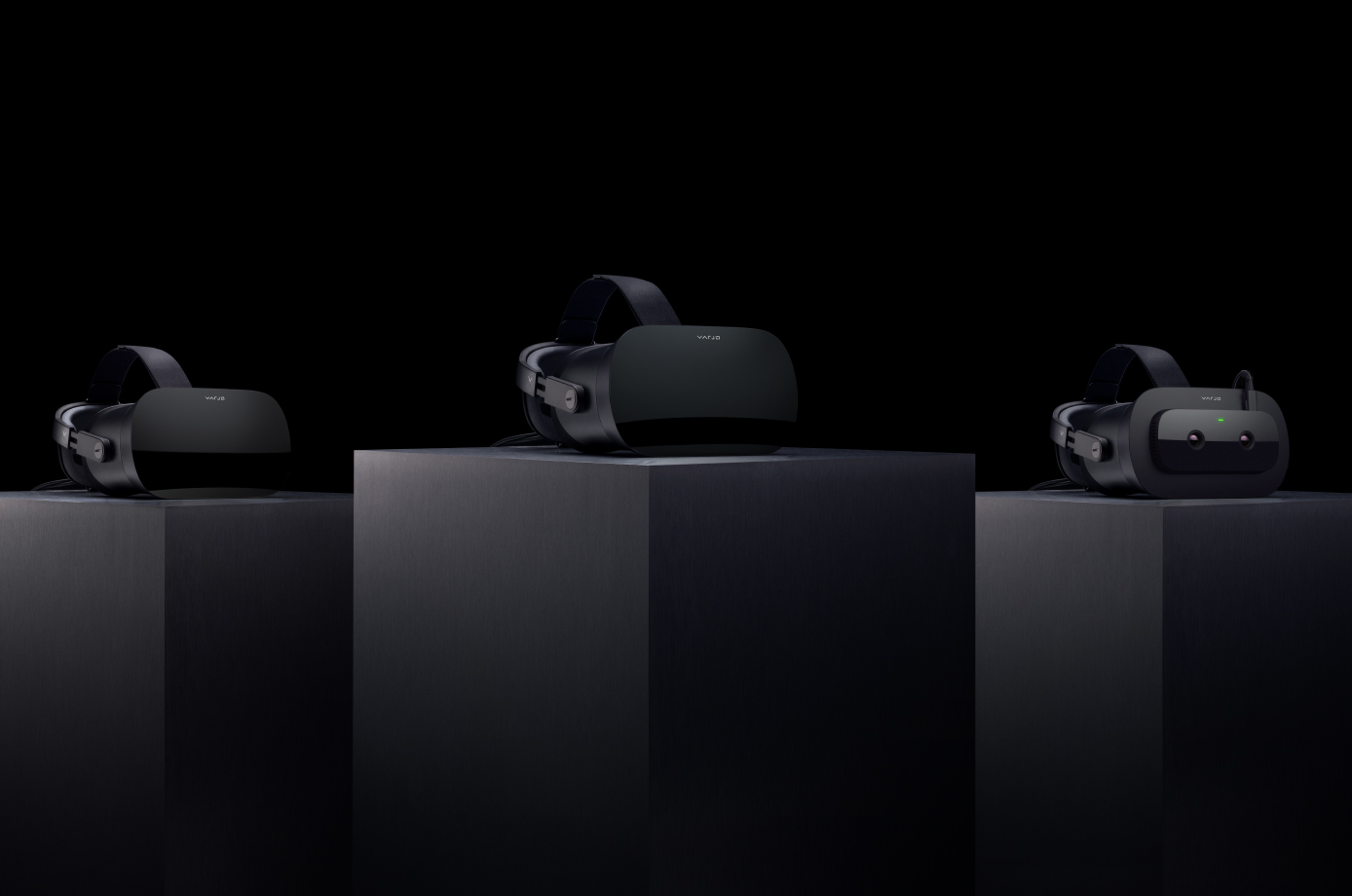 Top Tips for Safe and Hygienic Use of VR/XR Headsets 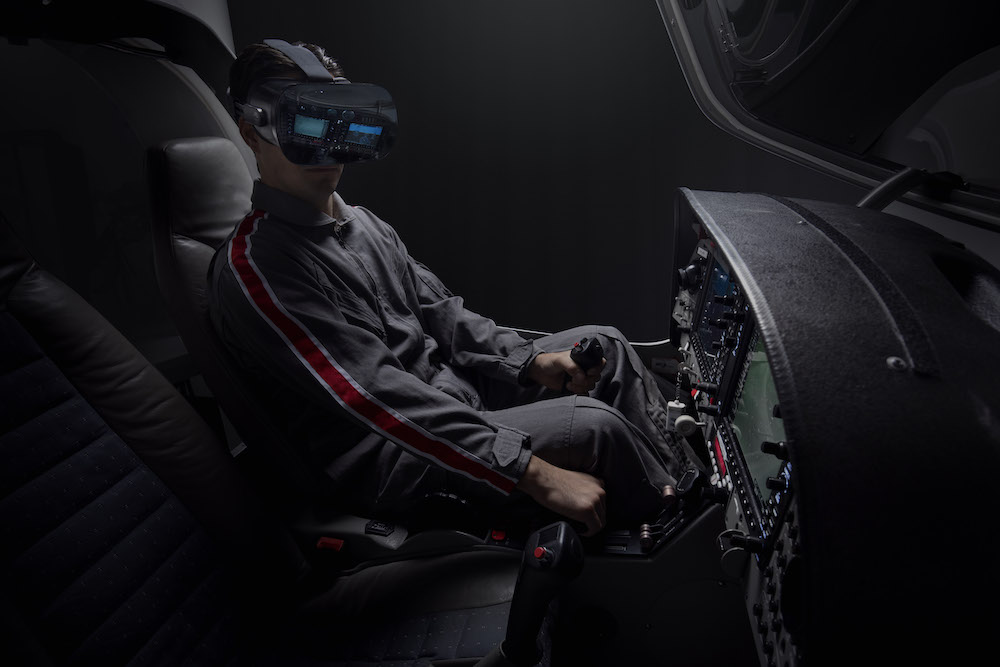 Varjo Base 2.4 Is Released – Get to Know Our New VR/XR Software Features 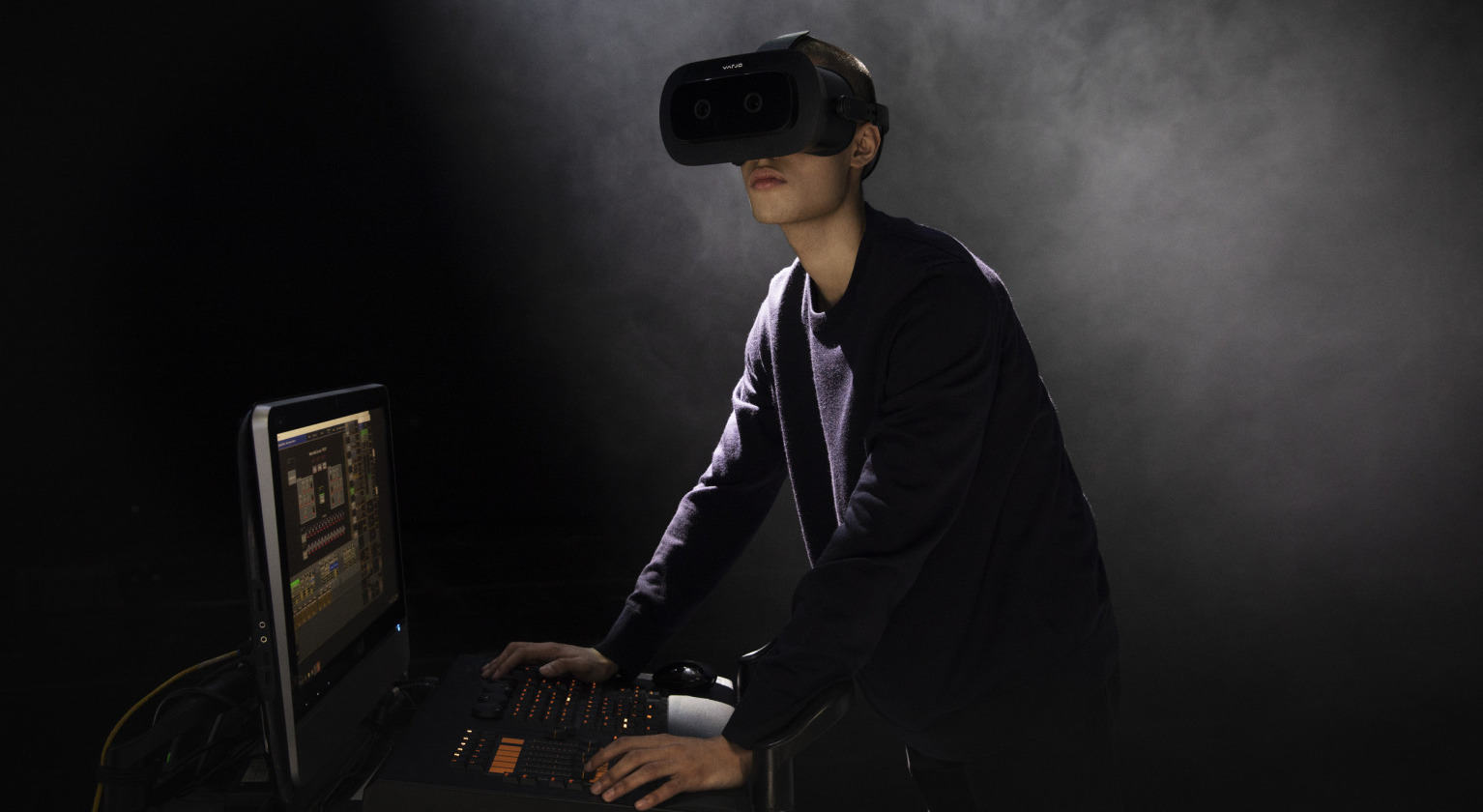