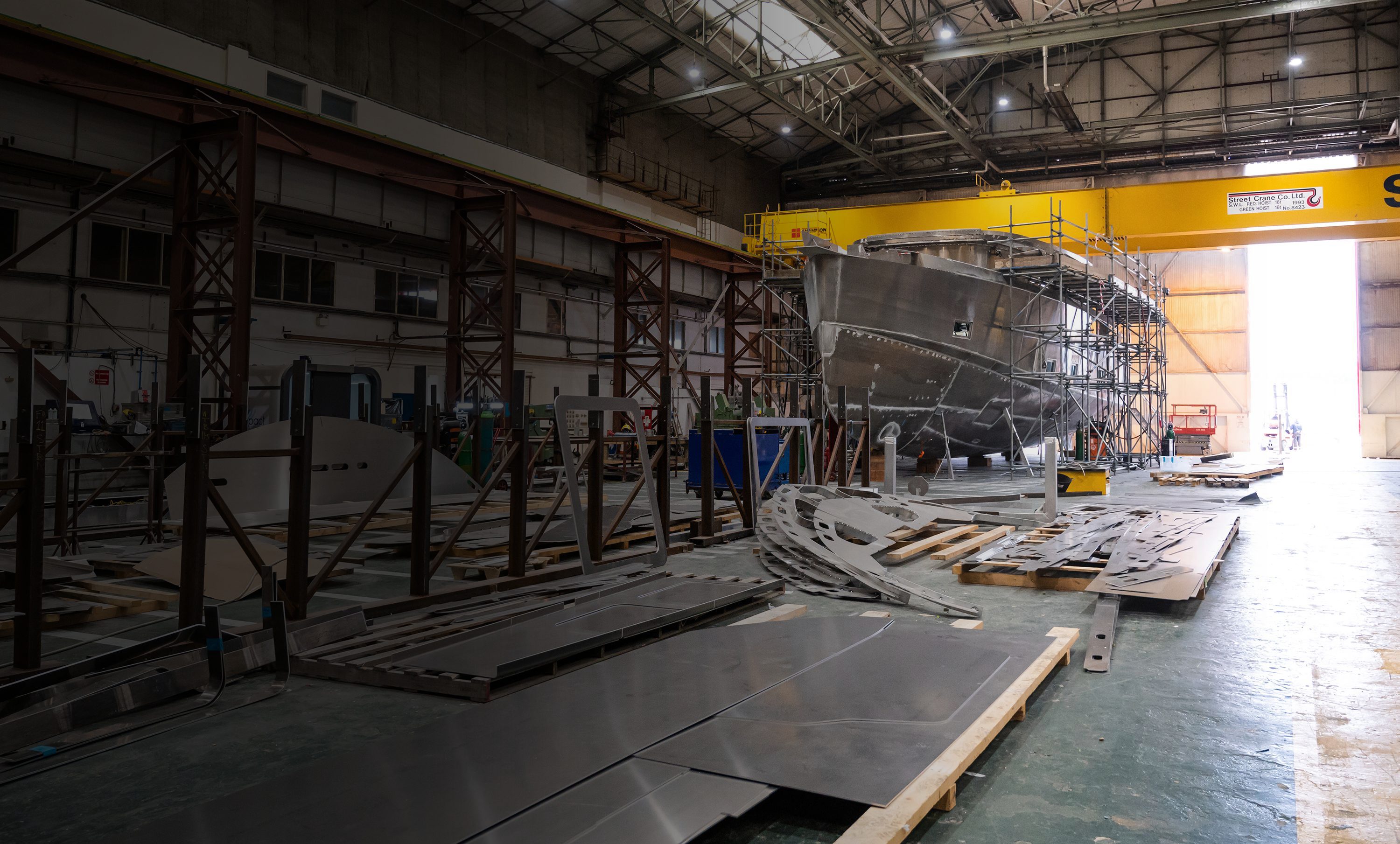 Case Arksen: Step aboard a virtual sales showcase with Unity Forma in VR

With multiple hands on deck, boatbuilder Arksen have converted a digital showcase of their 85′ explorer yacht into a virtual reality experience.

The project raises the bar for immersive marketing and marks the maiden voyage of Unity Forma into VR.

Think three-dimensional product models that prospective customers can manipulate, customize, and interact with before purchase. Unity Forma lowers the barrier of entry for producing interactive experiences that were previously only possible in highly technical, budget and resource-draining campaigns.

”Unity Forma radically accelerates the production of high quality interactive and immersive product experiences that can be consumed from any device.”

Early Forma projects have been destined for 2D displays. Virtual showcases made with Unity Forma are platform agnostic, running in mobile or desktop applications, or even streamed to in-browser implementations, leveraging Unity’s Furioos service.

Since Unity Forma’s launch in late 2020, virtual, mixed, and augmented reality were cited as key mediums for content delivery. VR and its variations allow for end-users to get up close and personal with 3D models on a one-to-one scale; achieving a level of immersion not possible with traditional screen-based experiences.

After the release of the Varjo Aero (a professional-grade virtual reality headset optimized for high-fidelity immersive experiences) Arksen initiated an ambitious multi-stakeholder project resulting in the first-ever VR showcase built with Unity Forma. 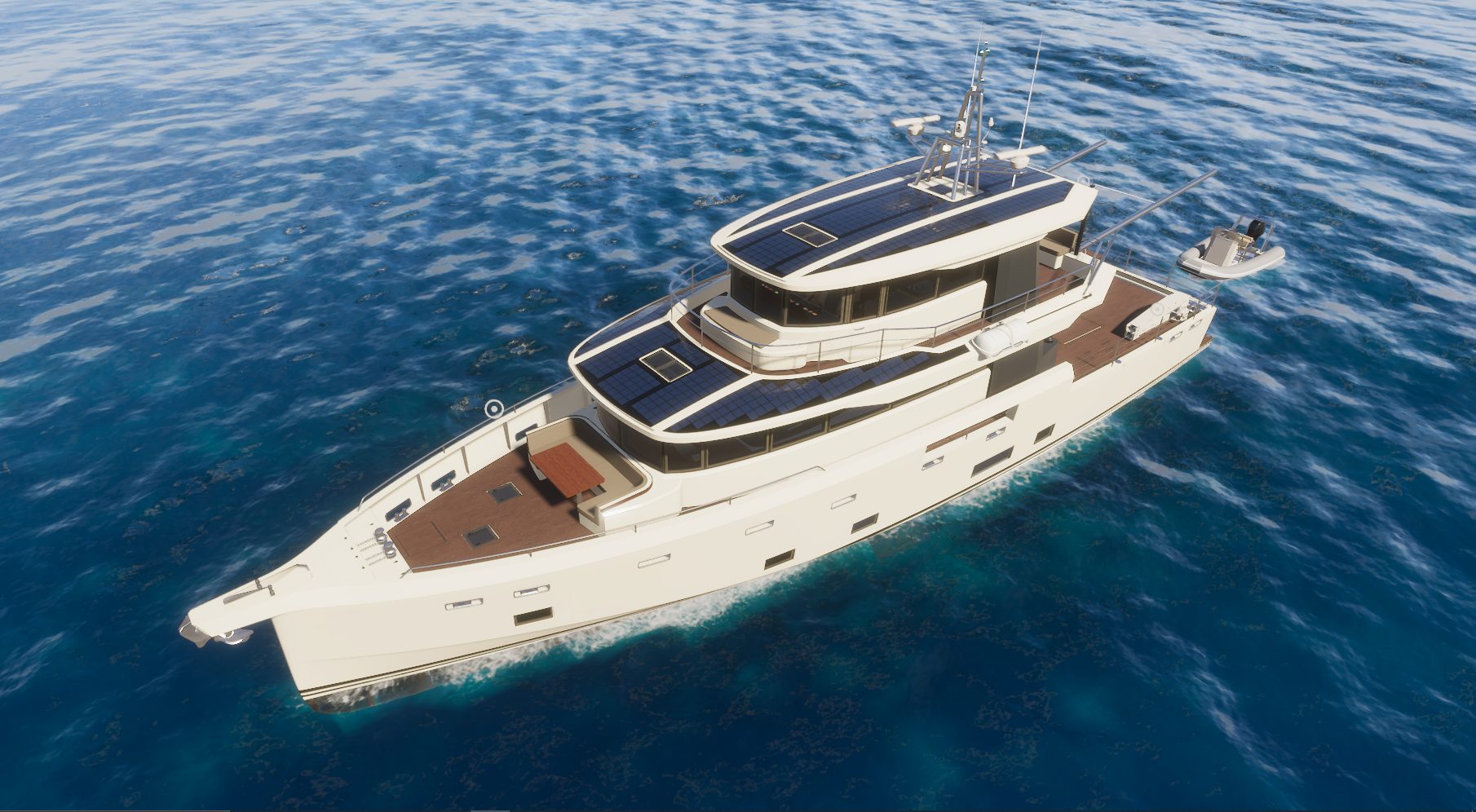 Enlisting canVERSE to get the digital boat afloat. 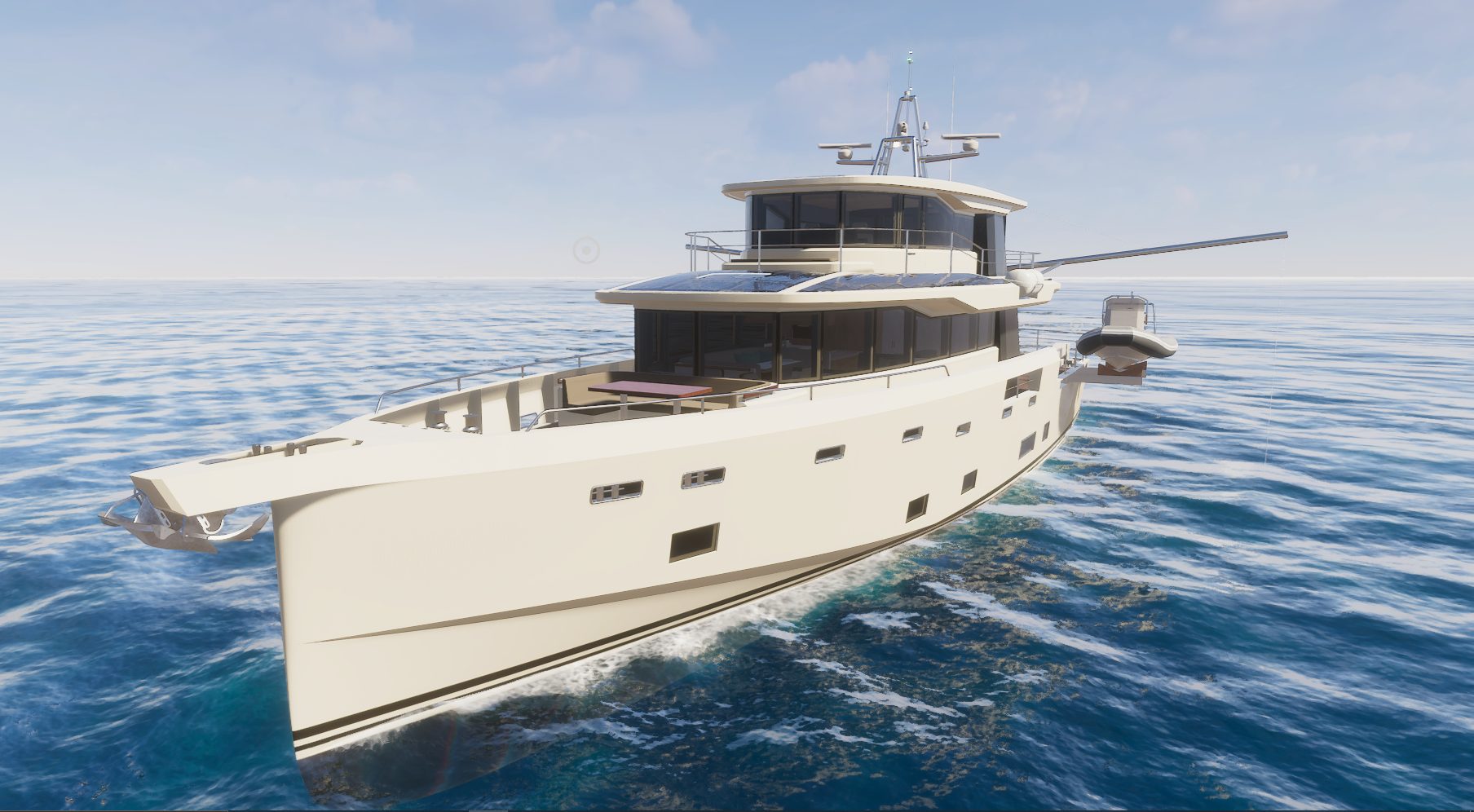 The Arksen 85 is a 27.3-meter long vessel, part of Arksen’s Explorer line. With a top speed of 14 knots and a 7,000 nautical mile range, she is a highly efficient craft destined to facilitate safe and luxurious international adventures. Two Arksen explorer vessels (Project Ocean and Project Pelagos) are currently in build at the Wight Shipyard (in the UK’s Isle of Wight) with projected launches in 2022, and a third build in planning.

“The Arksen/canVERSE project is a great example of how Unity Forma was initially used to create a web-based real-time 3D configurator to support the early stages of the sales process.”

canVERSE started with CAD (Computer Aided Design) files of the ship (built in Rhinoceros 3D by the Arksen team), and set up a streamlined 5 step workflow utilizing Forma and other Unity services. The end result was an interactive 3D model and real-time configurator of the impressive boat, useful not only as a sales and marketing tool but also used internally by the design team for reviews.

“Directly from the Arksen CAD data, canVERSE was able to create a real-time 3D fully configurable model of the Arksen 85 vessel with Unity Forma.”

On completion, canVERSE and Arksen saw the value of converting the existing application into a VR experience and turned to the software team at Varjo for assistance. Varjo software engineer Samuli Jääskeläinen took on the task.

“Arksen and canVERSE provided all of the files from their existing browser-based experience, so my job was to port the experience into a VR ready application.

At this stage, some minor tinkering was involved but I expect it will become an accessible task for all Unity Forma users as further VR and XR support arrives.”

Samuli converted the existing UI elements made with Unity Forma to work in VR and the post-processing to work with Varjo software. One stand-out change included removing the realistic pitch and roll of the ship from the wave simulations built-in by canVERSE. Although an invaluable touch adding attention to detail in the browser experience, exploring the ship in VR proved to be more comfortable without the sway.

The resulting demo allows users to wear a Varjo virtual reality headset, and move around the decks of a full-sized, true-to-life recreation of the Arksen 85. With small edits made to the configurator UI built with Unity Forma, users can pull up a menu and adjust elements of the boat on the fly- from the color of the hold to the material used in the upholstery. Matching the adventurous theme of Arksen’s Explorer line of yachts, the VR experience also allows the user to select the environment, showcasing the boat in a sprawling archipelago, or in an iceberg laden arctic sea. 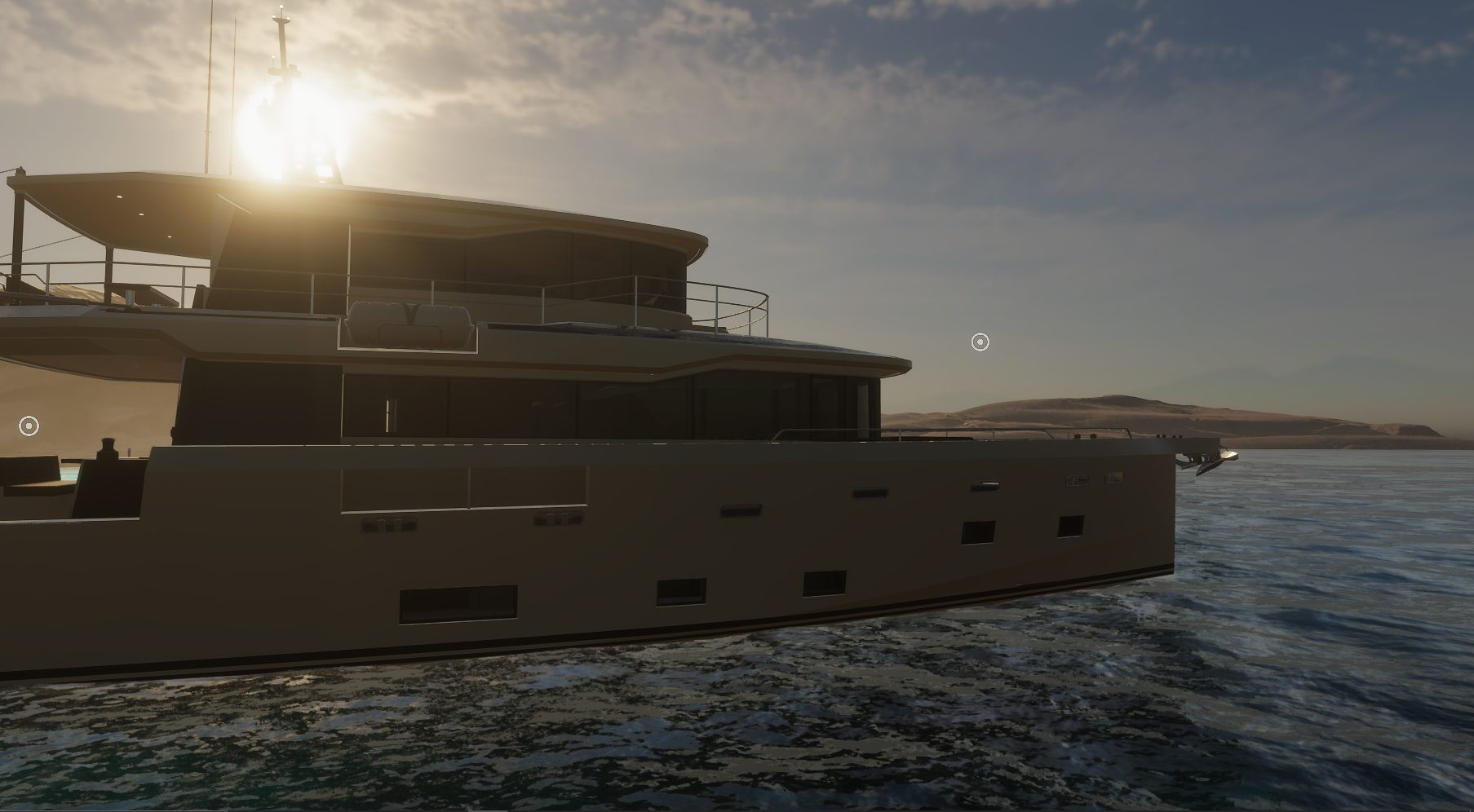 “VR gives people the opportunity to preview our vessels in the wildest and most remote parts of the ocean and the adventures that they could go on.”

In October of 2021, Varjo released the Varjo Aero, a professional-grade virtual reality headset. With edge to edge clarity through stunning mini-LED displays and a 35 PPD peak density, the Aero provides a visceral visual experience that showcases even the most minute details of the yacht.

Varjo Aero was designed to perfect virtual reality-only experiences, at an accessible price point for mass deployments. These factors, combined with the premium ergonomics and build quality, make it an ideal headset for high-end marketing showcases.

”This is the perfect tool to show prospective customers the fine details and finishes of their own customized product.” 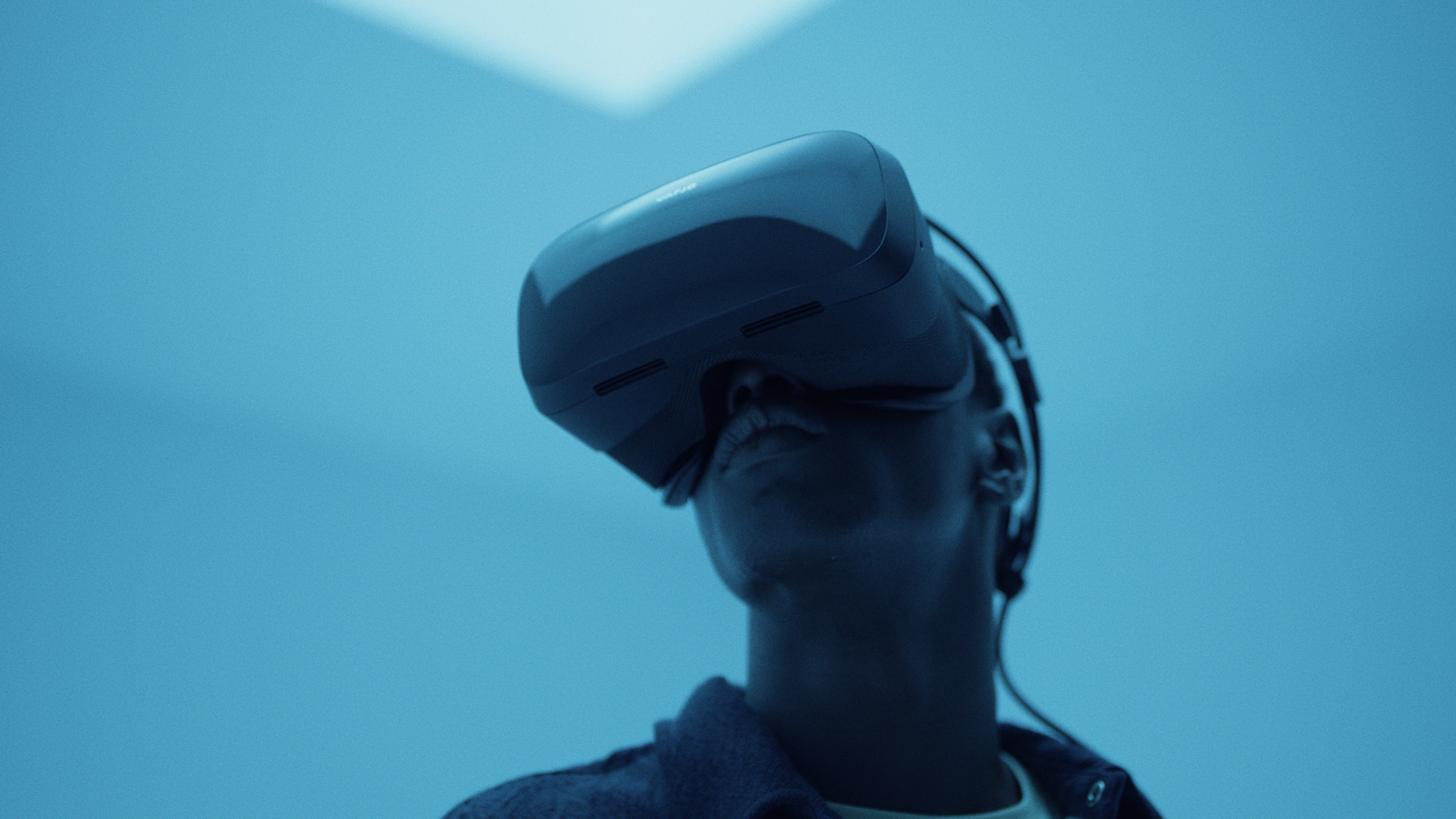 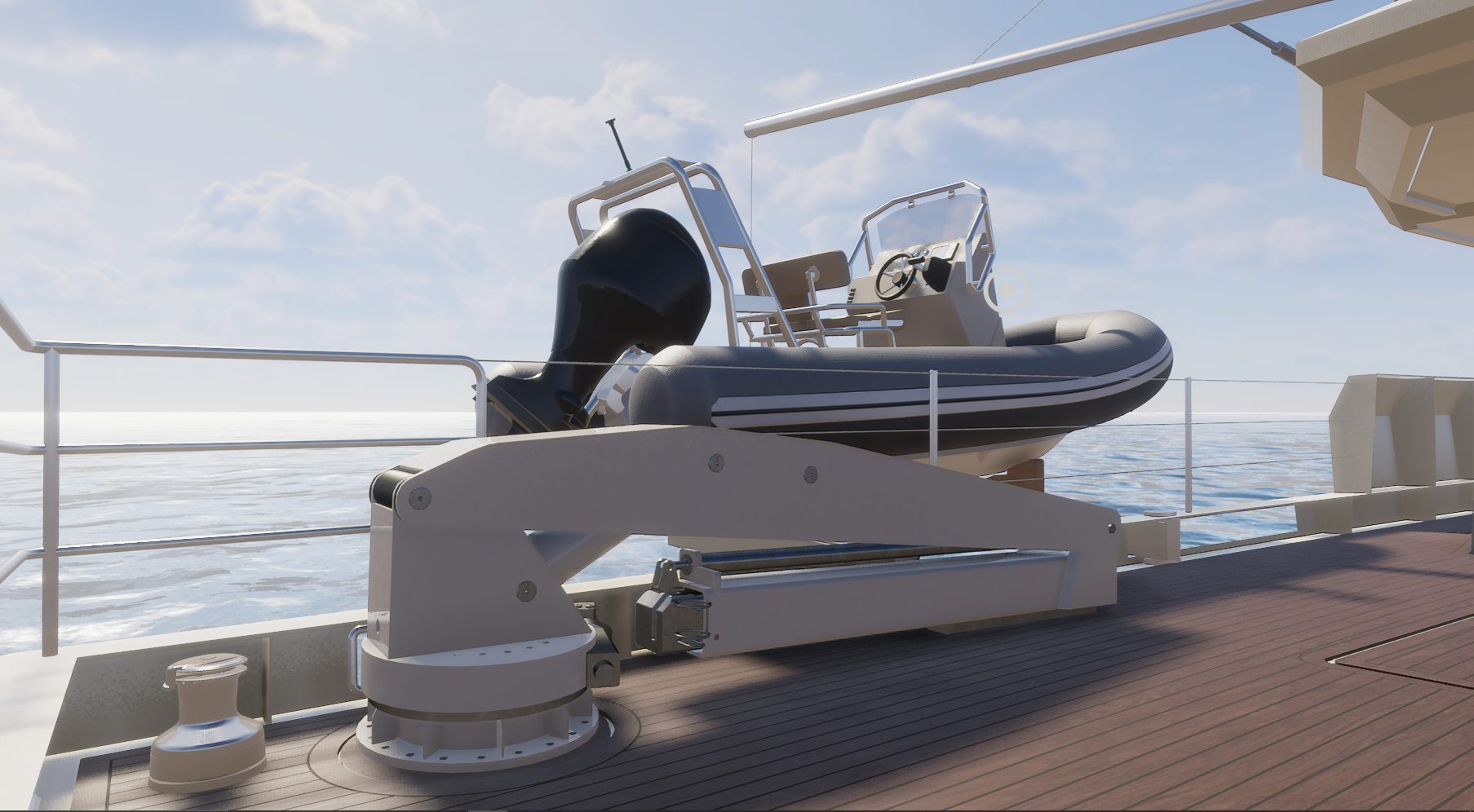 “Instead of having to interpret and rotate 2D models around in your mind, the Varjo Aero VR headset transports you into the Arksen 85 digital twin. Allowing you to see and feel the space as you would in real life, providing a richer experience that gives a true understanding of what life would be like onboard an Arksen 85.”

“Seeing the Arksen 85 come to life within VR gives you a real sense of the space and capacity of the vessel. The experience is incomparable because you can customise your surroundings to your specifications, so the end vessel is exactly as you imagined.”

“The clearest difference is the scale. You can really see how large the ship is and get a true sense of its size. The original web configurator is a great showcase, but it does feel like viewing a miniature on a display in comparison.”

Future applications and how to get onboard

The Arksen 85, with a price tag in the multi-millions, is clearly not an everyday purchase. However, as Unity Forma moves towards allowing users to port to VR natively, the Arksen project serves as an exciting insight into the open-ended future possibilities. From customizable virtual sneakers to configurable private jets, Unity Forma combined with Varjo’s highest-fidelity VR is poised to push a new wave of interactivity and immersion for marketing content.

All Varjo users will soon be able to try out the experience via the Varjo Base collection of VR and XR demos. To learn more about the power of cutting-edge VR and XR for building immersive marketing experiences, get in touch with our team. 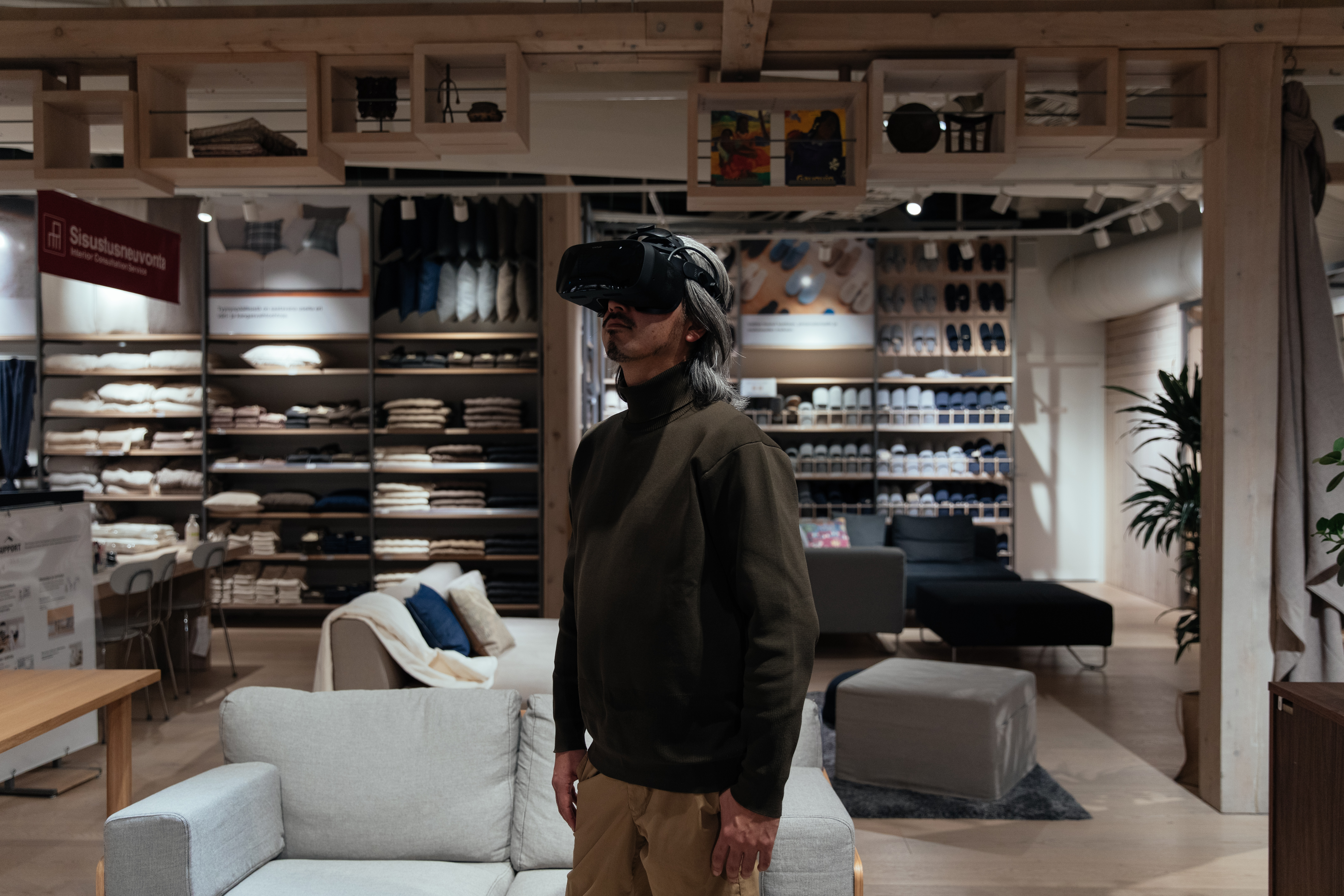 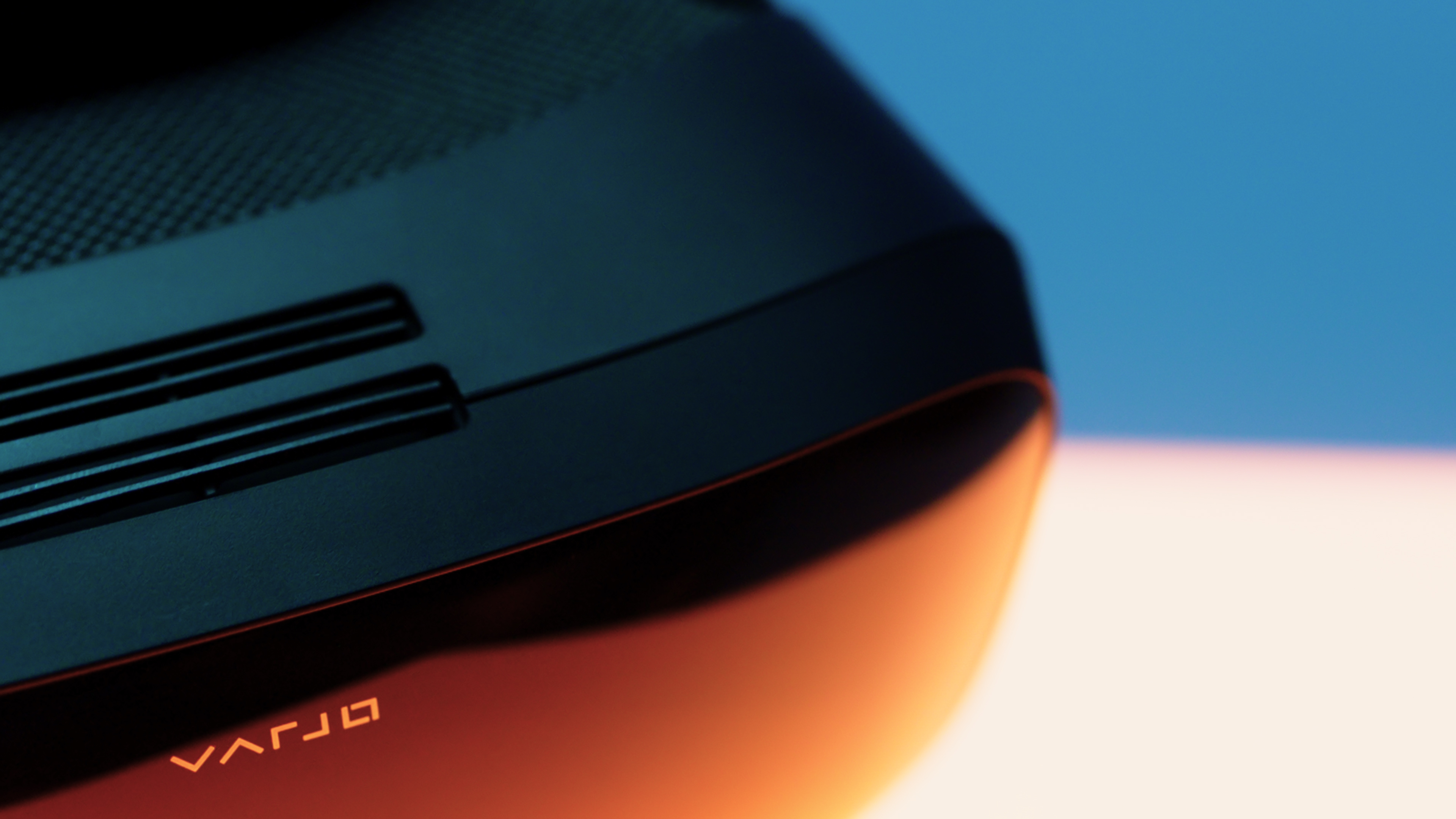 First Shipments of Varjo Aero Have Started – See the Reactions

Case Arksen: Step aboard a virtual sales showcase with Unity Forma in VR

For private customers, Varjo Aero is currently available in the United States, United Kingdom, and all EU countries.