You can find instructions for updating Varjo headset’s firmware on this page. If you would encounter any issues, refer to the troubleshooting guide below. Release notes for different firmware versions could be found on the Release notes page.

In order to update firmware it is expected that you have already set up the Varjo environment, connected your Varjo headset and ensured that everything is working properly.

Open Support tab in Varjo Base

Navigate to the Support tab. 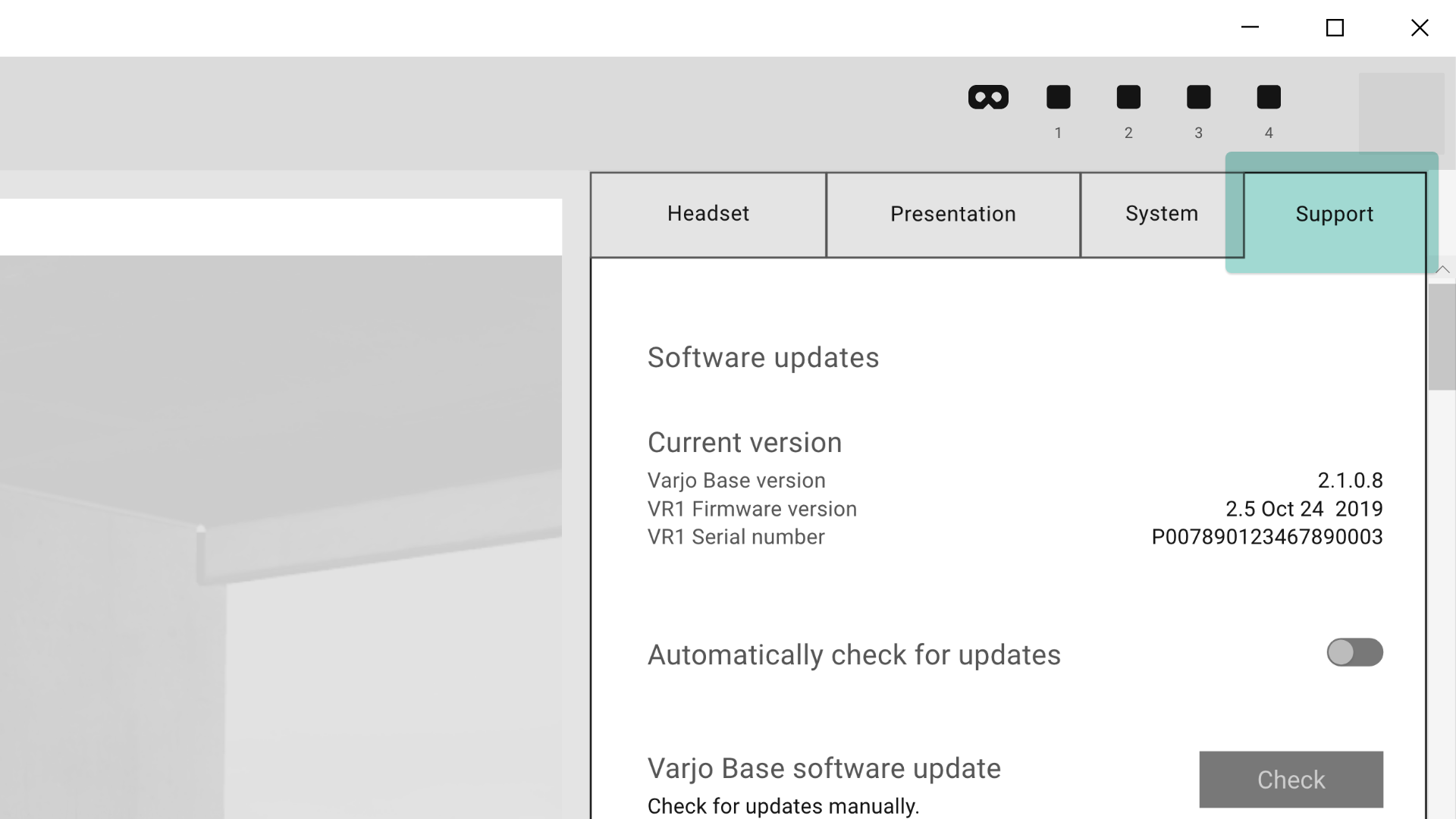 Next to the Manual update click on Browse button and load firmware version that you have downloaded.  Latest firmware is available on the Downloads page. Unzip the archive to the folder of your choice. 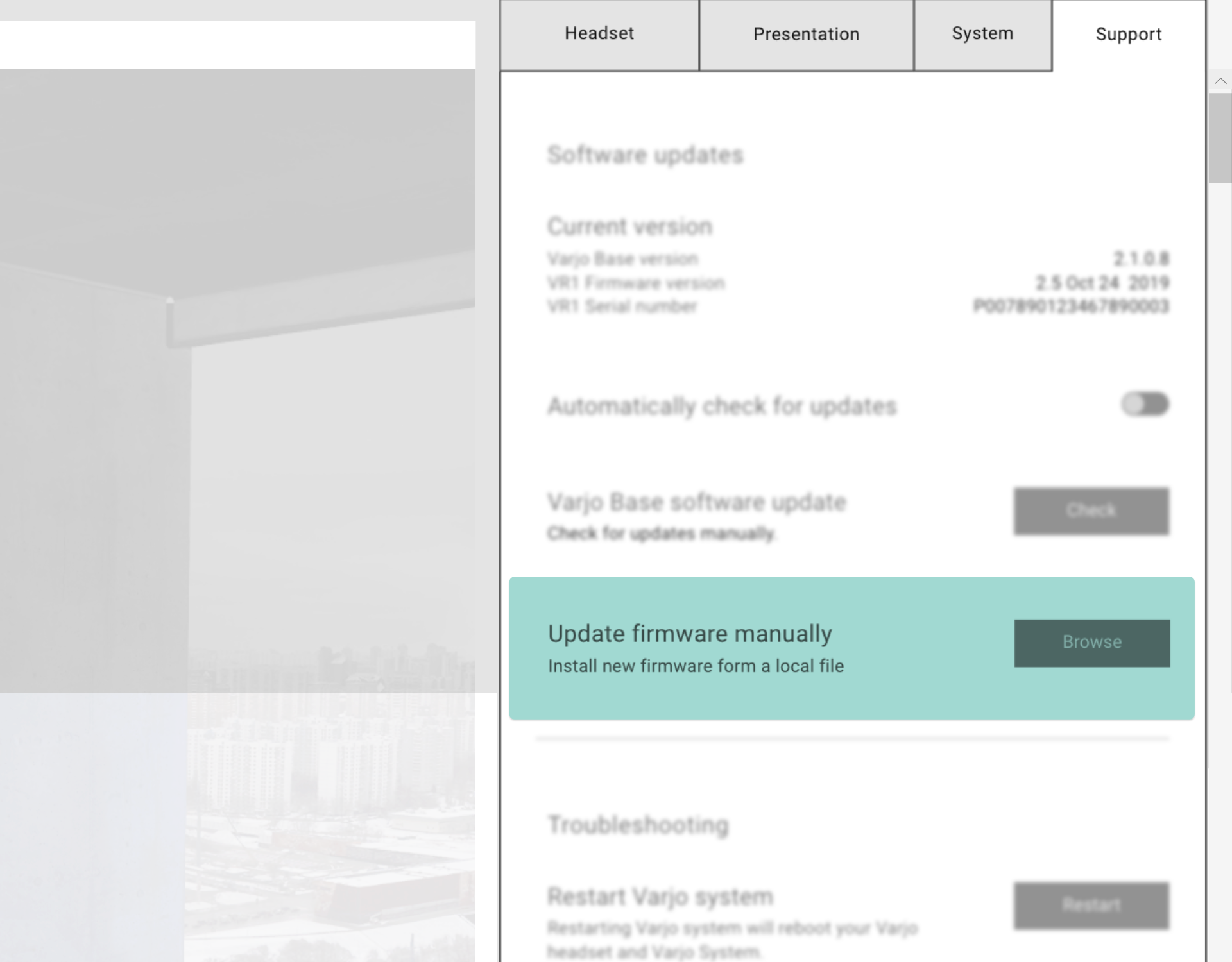 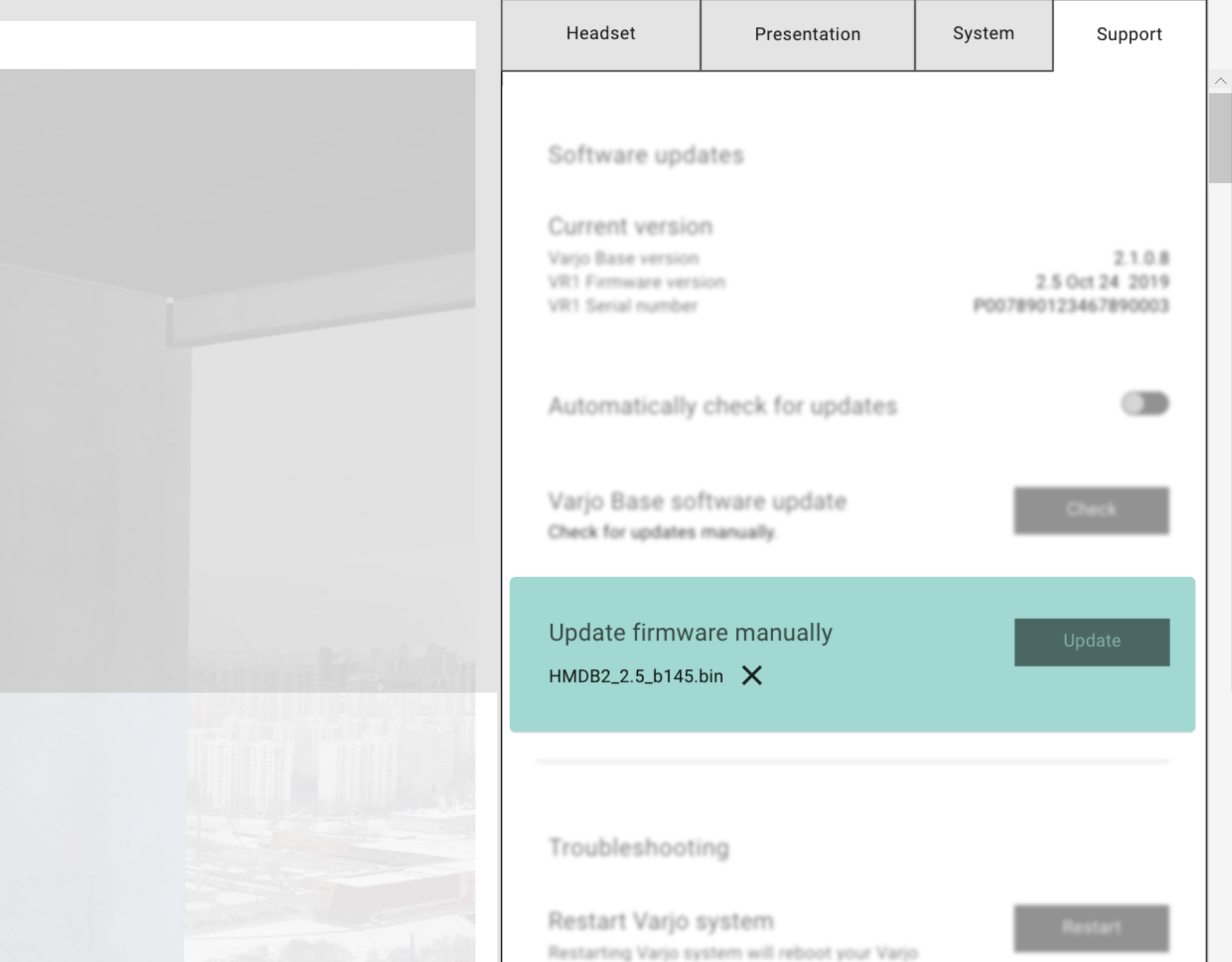 While update is running, open the details tab to see the progress of the update. 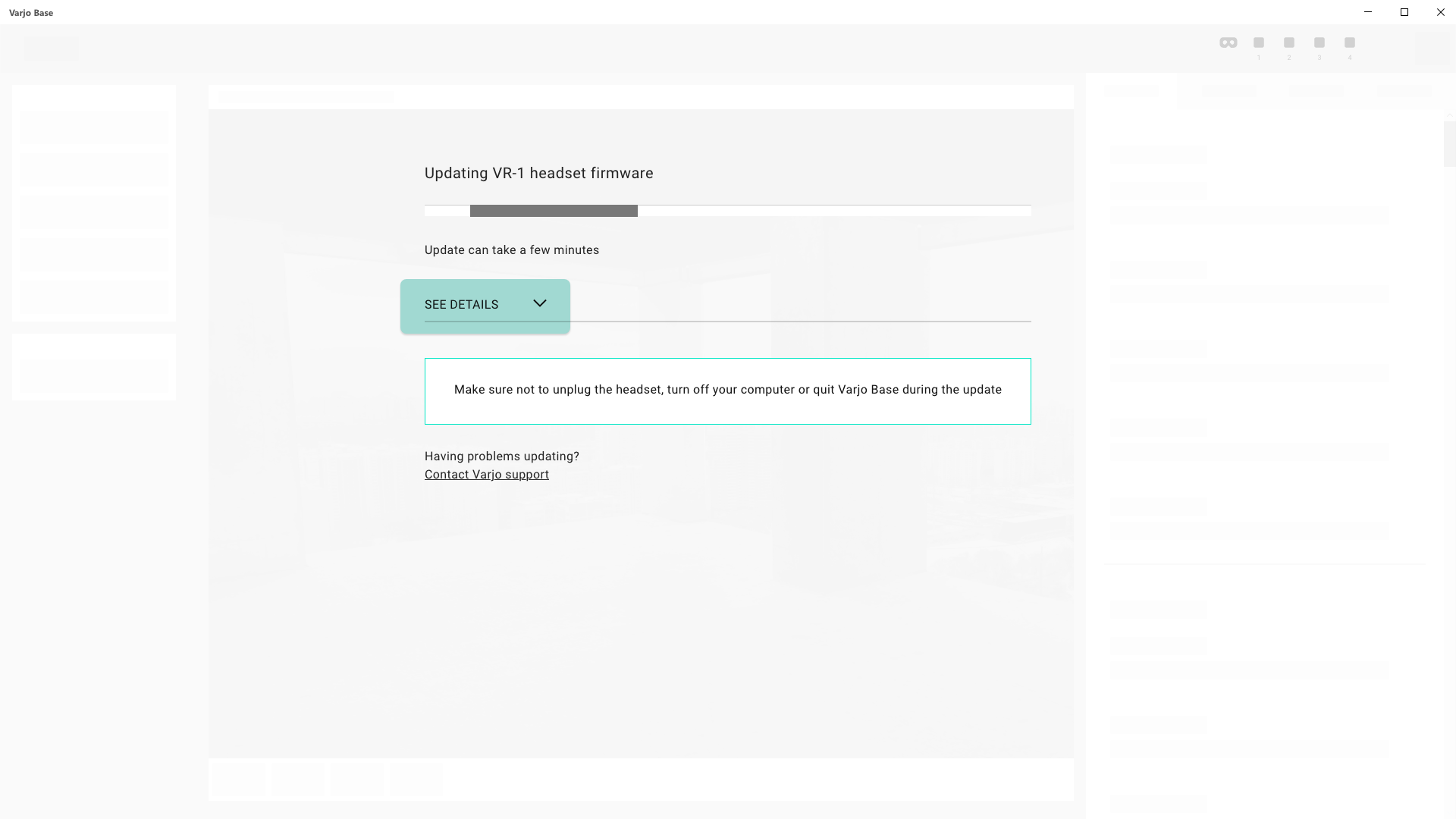 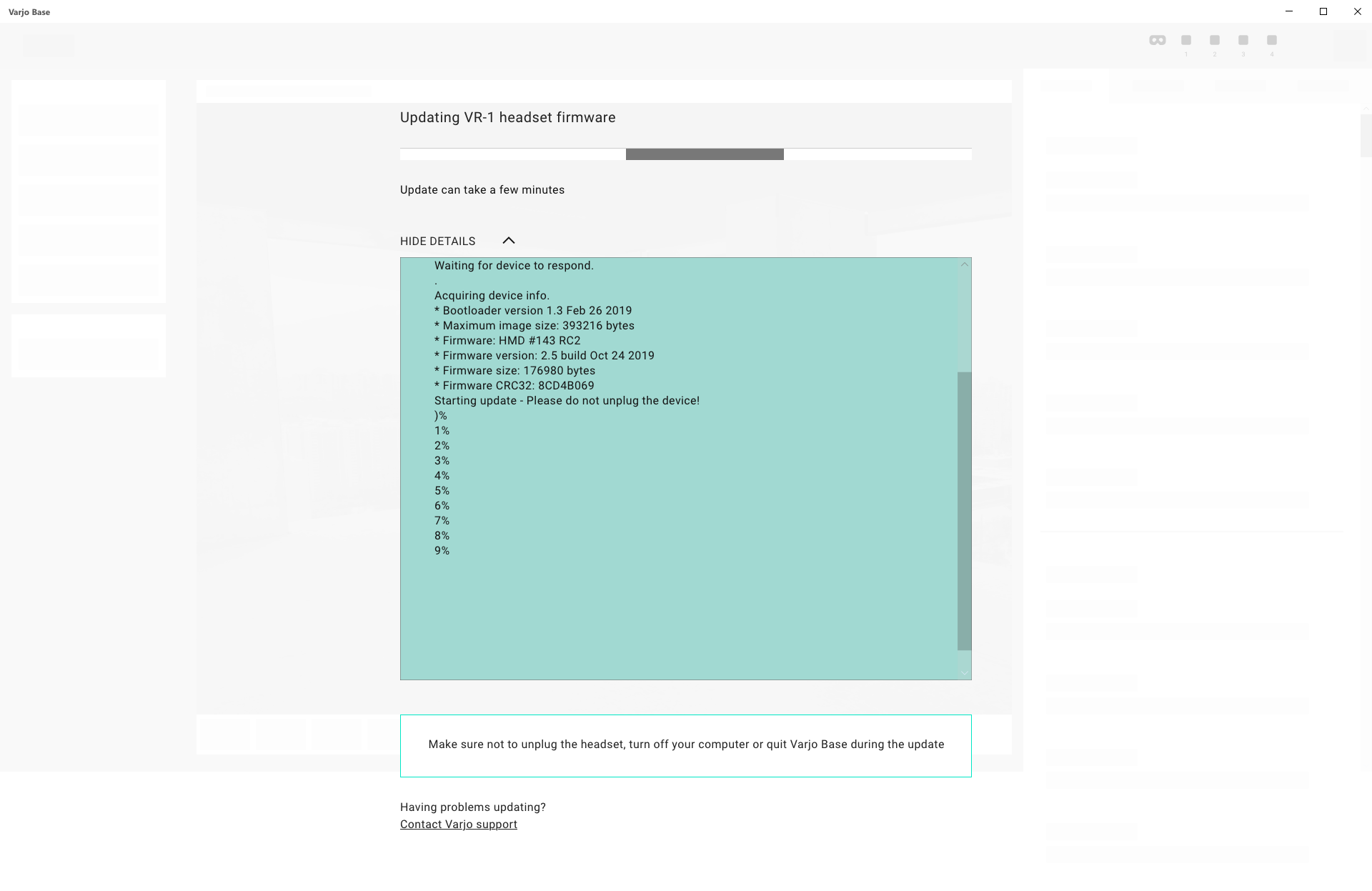 It’s possible that update fails due to USB connection issues. When starting update, Varjo Base might not detect headset in bootloader mode. In this case update does not even start, and it does not cause any harm to the device.
Some of the USB ports / devices behind same root hub in PC have been reported incompatible. In this case, even though you see solid blue LED light indicating bootloader status, in reality software could not connect to the bootloader.

Try following steps if your firmware update process does not start:

While booting the HMD, hold application button (the one without LED) until LED turns solid blue. When the bootloader mode is active LED will be solid blue color. Repeat manual firmware update with headset in bootloader mode.

Try plugging headeset into different USB 3.0/3.1/3.2 port in your PC. After headset is connected, run the manual firmware update again.

If you still fail to update firmware, contact Varjo Support.